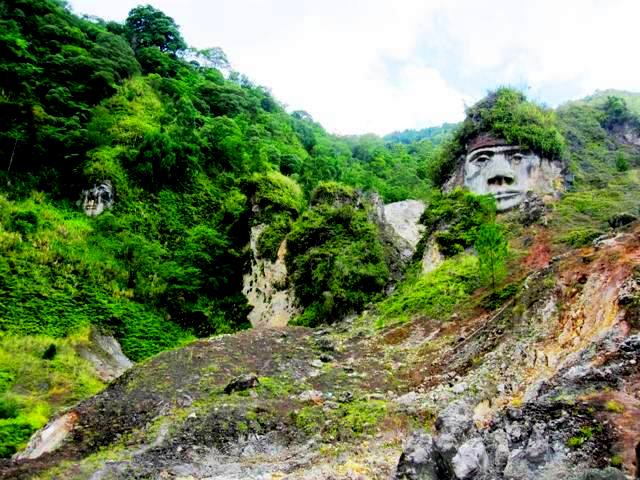 Toar and Lumimuut are the ancestors of the Minahasa people of north Sulawesi’s (formerly referred to as Celebes) highlands. From what I gather, the story goes like this:*

In the beginning, the region was sparsely populated, but one day, a rock in the hills began to sweat from the heat and produced a beautiful woman named Karena. Karena, in turn, threw her arms to the sky and asked for someone to share her life with. Presto, the rock which produced Karena split apart and produced Lumimuut, Karena’s daughter. 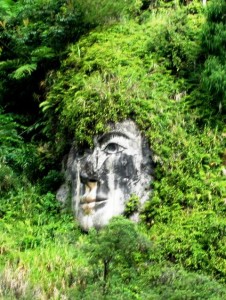 Lumimuut then became with child through a strong westerly wind and the prayers of Karena. The child was Toar, a son who grew up to be strong and fearless. 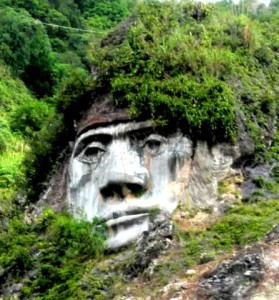 Once Toar was grown, Karena sent for them both and handed them each a stick. The sticks were from different trees, but both sticks were of equal length. Karena declared that it was time for Toar and Lumimuut to wander the world in search of their respective mates. She explained that whenever they encountered a man or woman, they were to measure their stick against the potential partner’s, and if they were of different lengths, then they should marry and produce children. If, however, they were of the same length, then they would know that they were related and their search must continue.

Toar and Lumimuut dutifully began their quest, each in a different direction. While Toar wandered northward, Lumimuut went south, and as they traveled, Toar’s stick grew.

Then one night, Toar encountered a beautiful woman. He promptly measured his stick against hers, and finding they were of different lengths, married the woman under the stars and began a family. In the light of day, the woman turned out to be Lumimuut, and today, their descendants populate the highlands.

*There is another version of the story having to do with star-crossed lovers and Genghis Khan, but this one is derived from an anthology published in 1993. I found the translated version here.