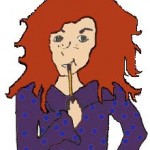 This post will cover my experience applying to the Writer’s Digest Self Publishing e-Book Awards contest, along with the end result which I will get to shortly. But first, an introduction:

Back when I was still in Tonga, I started a micro-publishing company called Penelope Pipp and published two works through the imprint:  a memoir penned by Jacinta Tonga called A Remarkable Rotuman Woman and a middle grade fantasy/adventure novel penned by yours truly called Liberty Frye and the Witches of Hessen. (Text link to Barnes and Nobles.  For Amazon, just click on the cover art below.)

Late last year, after conducting a ton of research on book contests, I bit the bullet and signed up for the Writer’s Digest Self Publishing e-Book Awards.  The “early bird” submission fee was $75 USD — a sum I wasn’t entirely comfortable with, but, on the other hand, clients of mine pay far more than that to enroll in various competitions featuring affordable home green building science and the like.  So I figure Liberty Frye and the Witches of Hessen — a book I’ve worked on for (yikes!) seven years — is worth a 75 USD investment, too.  Right?

Also, unlike many indie-book contests (and there are many), Writer’s Digest is a well known, reputable organization rooted in the publishing world.  Among other things, it offers services and information to authors, features publications and agents, runs seminars … and even conducts giveaways of super helpful materials such as the 2014 edition of the Children’s Writer’s & Illustrator’s Market.

I entered Liberty Frye into the e-Book contest in late September, I believe.  For this contest, there are only two categories: Fiction and Non-fiction.  For each category, there is a first place, second place winner, honorable mentions and then one grand prize winner overall.

Even if an entrant is not awarded the grand prize, first place, second place or honorable mention, they will still receive a brief commentary from the contest judges — a nice perk, don’t you think?

So I signed Liberty Frye up and … waited.  And then in November, I was notified that Liberty Frye had made it into the second round, and would I please submit another e-book copy for the judges.  I happily complied.  Yippee!

And THEN, earlier this month, I was informed that Liberty Frye had received honorable mention in the contest.  Yay!  Well, yes, I would have rather placed first or second, but still, for a middle grade novel submitted to the general fiction category … Yay!

What will I get?  The above-posted “button” to use on websites such as this, a press release listing my book as an honorable mention recipient, some level of promotion on writersdigest.com as well as  a $50 USD certificate for WD book purchases.  Finally, and this, to me, is the most valuable item: I receive feedback from the WD Self Published e-Book Contest judges (pasted below for those who are curious).

Overall, I would say that this competition offers more return on investment than others I’ve seen out there for indie authors.  Is it worth it?  Depends on what you hope to get out of it, I suppose.  Receiving Honorable Mention hasn’t increased sales, to be honest, but it does give me something to include in queries for other manuscripts and the commentary from WD judges can be used as an editorial review on my Amazon site.  Also?  I just might use my $50 to purchase one of the new Writer’s Market books.

“This, the first (I’m sure) of the Liberty Frye novels, does a great job of showing how to work in a specific genre while also expanding and enriching it. To rattle off aspects of the plot, the building blocks of this novel, would severely limit what’s to come as we have a child (a girl) finding its way (through mysterious circumstances) into a world that is much richer & more vivid that previously realized. It’s a coming of age story masquerading as a fantasy novel. But what’s most interesting here is that despite a set-up we feel we might have read before, everything feels new. The writing is clipped & tight; very descriptive when it needs to be but working fully to propel the narrative forward. The characters are quirky & real enough that the reader invests real emotion in the struggles. Additionally, the magic as presented here is developed & plausible. We’re not asked to grasp an entirely new system, or something without underpinnings. Here, the fantasy aspects are based on traditional fairy tales & lore, but presented in a way that makes them fresh & realistic as opposed to dusty & outdated. This is a very enjoyable book.”