Just sit right back and you’ll see a tail,
A tail from a fateful trip
That started from this tropic port
Aboard this tiny ship. 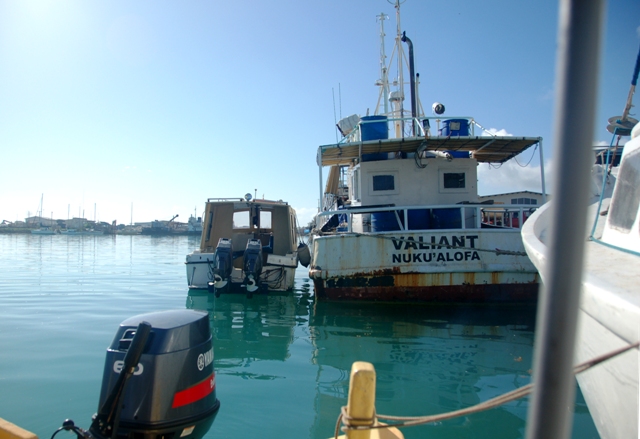 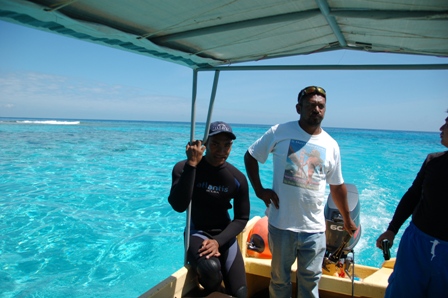 The mate was a mighty sailin’ man,
The Captain brave and sure,
Eight passengers set sail that day
For a six hour tour.
A six hour tour. 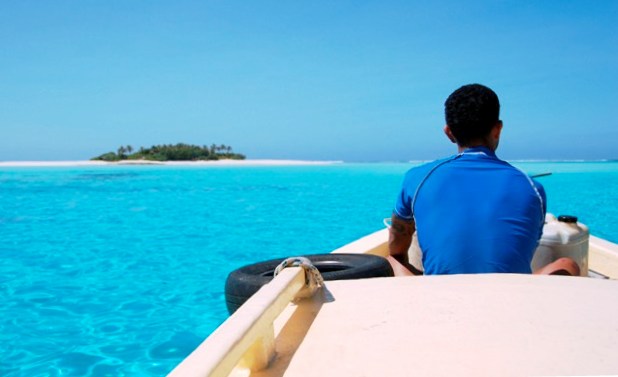 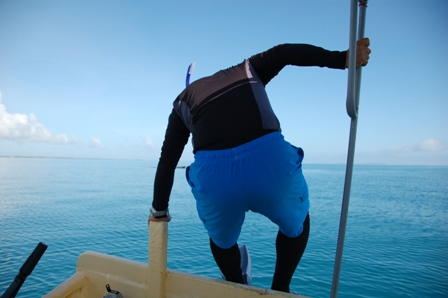 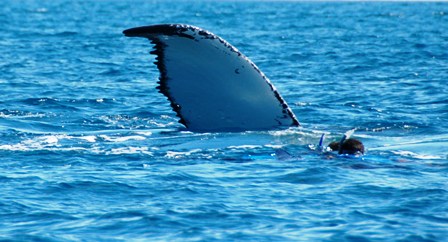 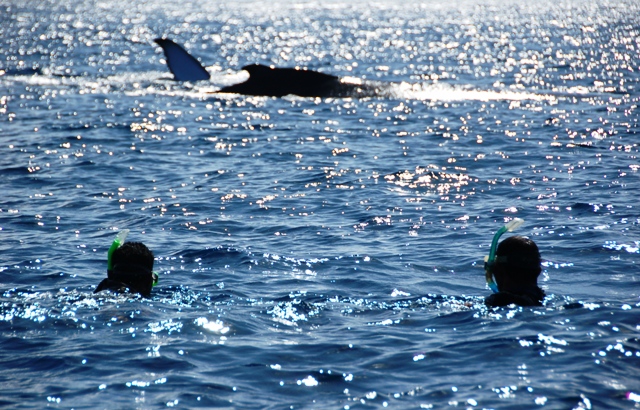 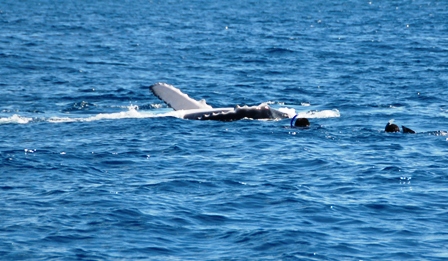 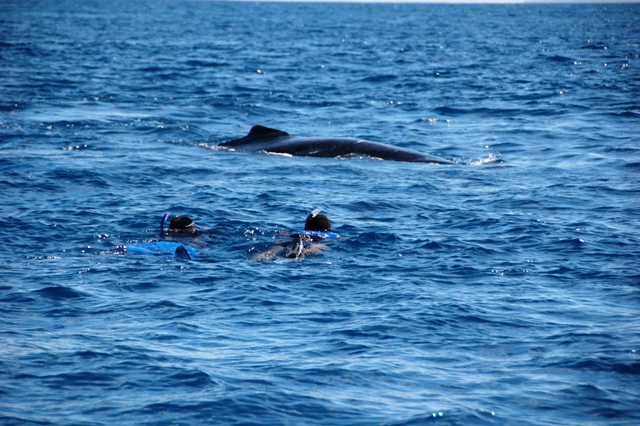 The ship set ground on the shore
Of this uncharted desert isle
With Rosemarie,
The Captain too.
The first mate and his pal.
The tourist from Japan that day,
myself, a guide and Yao…. 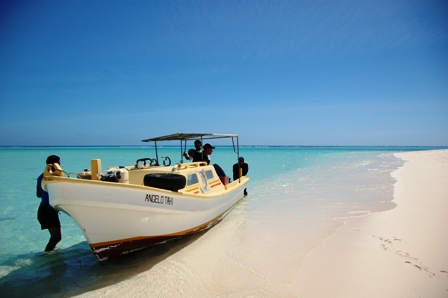 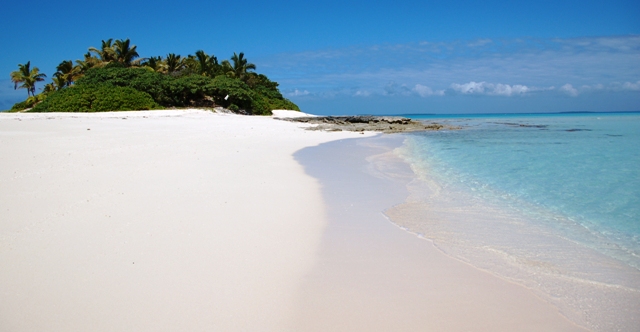 Okay, so we were not shipwrecked, and the deserted isle was the site of the most stunning mid-tour picnic I’ve ever had in my life. The only castaway was this little guy
who’d hitched a ride in Rosemarie’s bag. Cute! 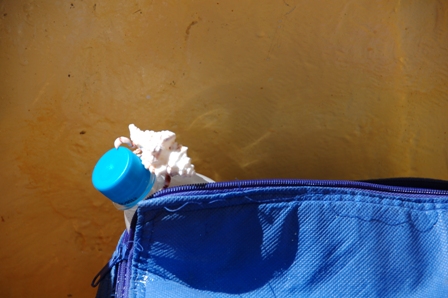 And this “tale” of whale watching in Tonga has to do with seeing rather than telling. The humpbacks are here in Tonga for the winter season, where they calve in these waters.

A few people really did swim with the whales. Not me. They got so close, it was amazing! I was also struck by the way they moved through the water. Their dorsal fin is tiny, and they undulate, so that all that is normally seen is their back, giving the appearance of a sea serpent more than a whale. And when they roll onto their backs, you can see the water change to a light turquoise, reflecting their white bellies. 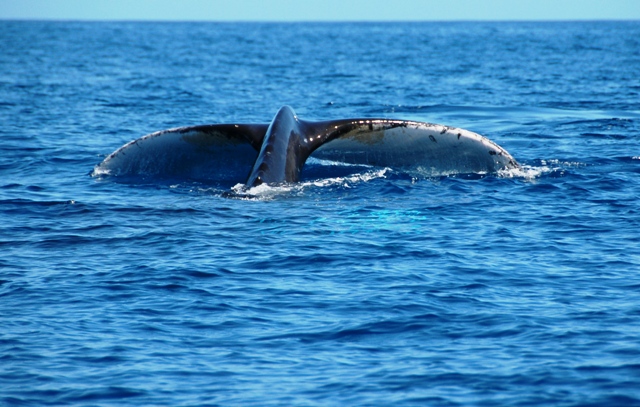 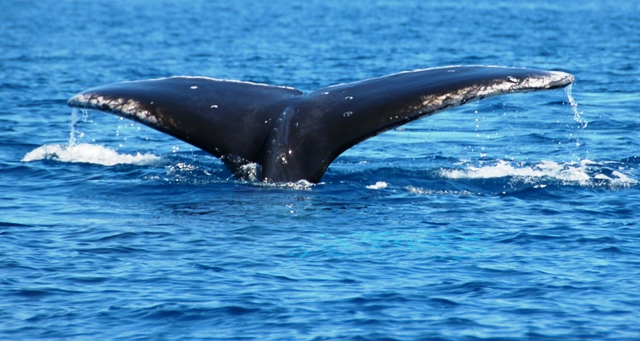 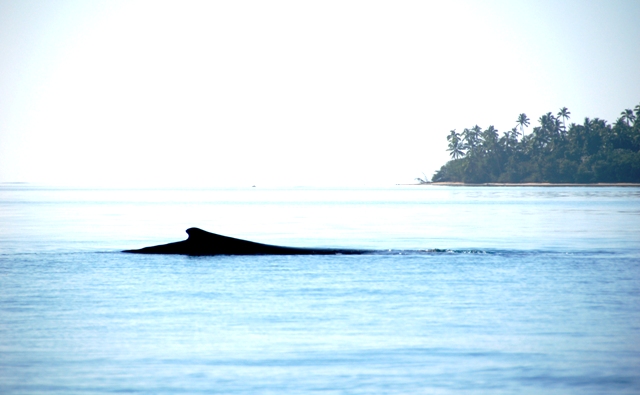 One thought on “Whale Watching from Tongatapu”