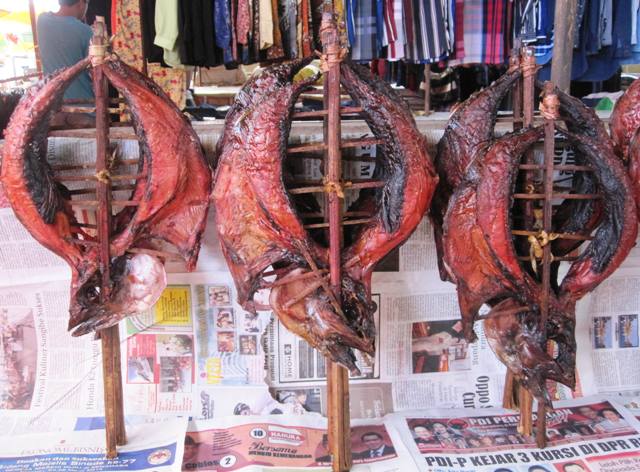 The people of North Sulawesi are renowned for their extreme cuisine, and the Tomohon Market sets it all on stage. Food items such as roasted bat (we encountered this at the grocery store deli section in Manado, actually), sauteed rat (middle photo) and stewed dog (called RW, pronounced “air-whey” — silver bowl in bottom photo) are common menu items, as we discovered at a warung in town. But the major supplier for all of these delicacies is Pasar Tomohon. 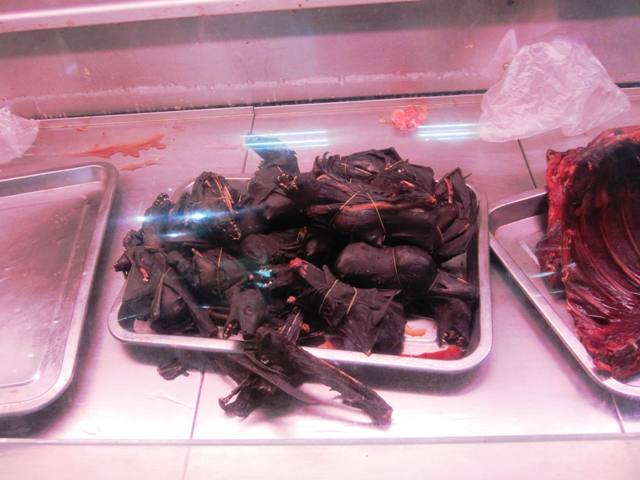 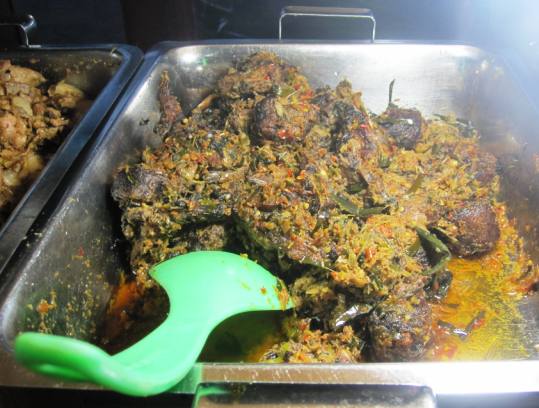 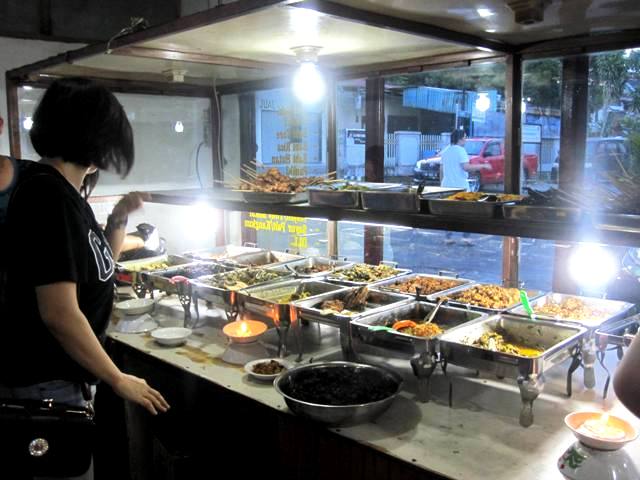 Tomohon is about an hour from Manado and is located in North Sulawesi’s scenic Minahasa Highlands. The market itself, however, is more macabre than scenic, so for those who want to see what’s on offer here, be warned is can be unsettling. 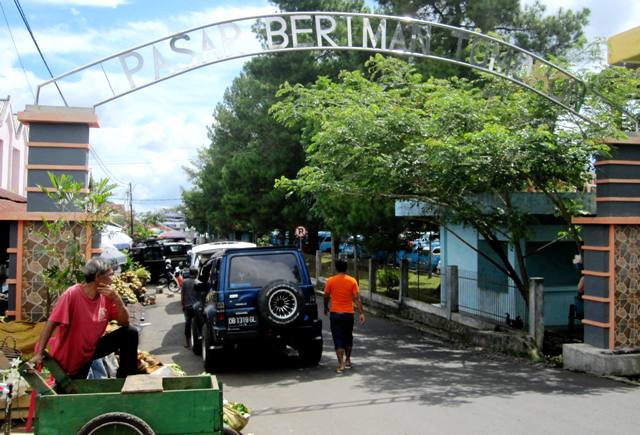 I confess Sam and I actually felt a bit dirty after coming here, not due to the hygiene of the market (for the record, there’s really no hygiene here to speak of; this place is slurpy and sticky and … aromatic) but due to the condition in which the animals are treated, specifically the dogs. 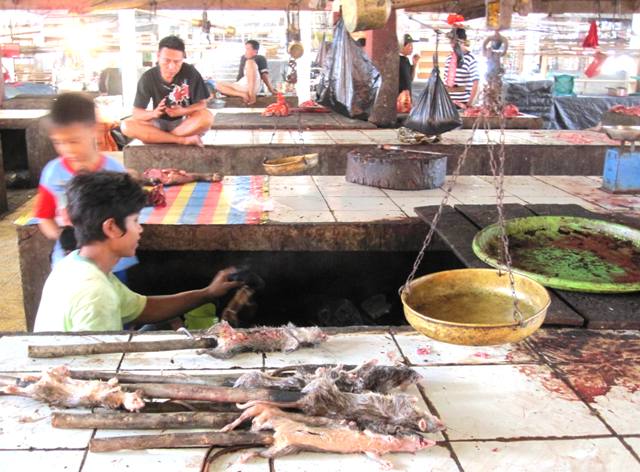 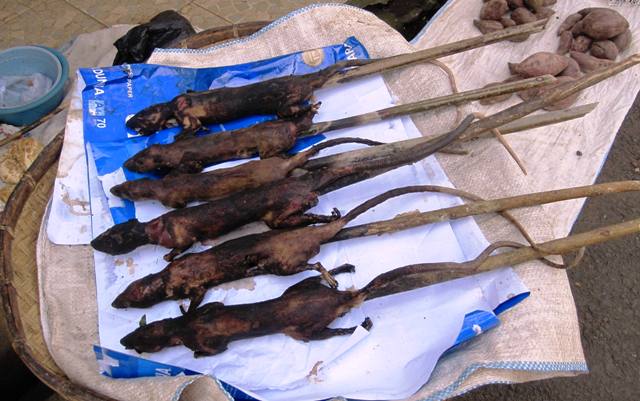 Seeing rats skewered and then roasted upon sticks and even the random python sliced into steaks might be creepy, but hey, a person’s got to eat, right? Incidentally, I was informed that rat sells for 25,000 Rupiah a stick (under 2 USD) and cobra goes for 40,000 Rupiah a kilogram. 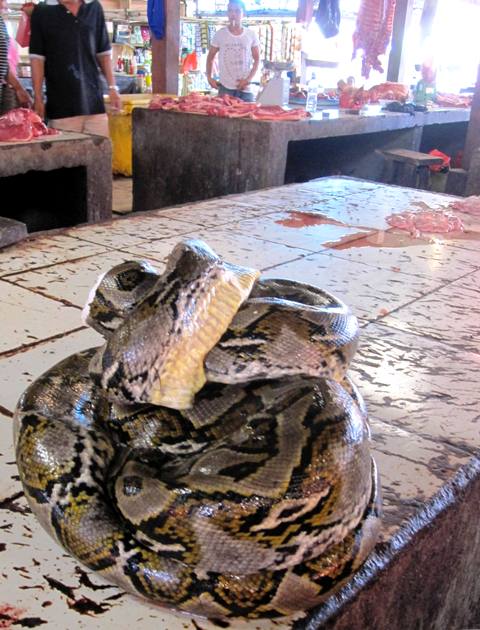 But seeing a kennel of whimpering puppy dogs by a table displaying three of their char-coaled mates was very upsetting. We heard cats are sold in a similar manner, but thankfully, we didn’t see them.

Now, about the dogs: I understand different cultures hold different views on what is acceptable eating matter, and that in poorer areas, people are grateful for whatever protein they can find. For example, Sam and I lived in Tonga for two years, and there, dog is considered quite the tasty treat. We never had any to our knowledge, but given the number of stray dogs on the island and the high-cost of acquiring protein other than seafood, we understood that dog meat was a viable solution. 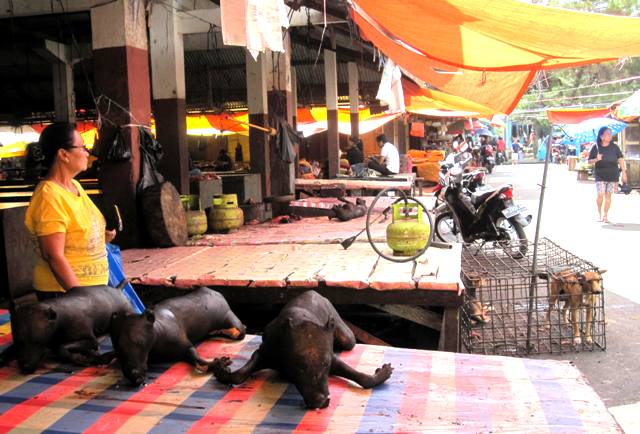 The difference, at least to us, was that in Tonga, we didn’t see dogs kept in kennels while their friends and family were slaughtered before their eyes. I know this might sound silly, but I believe those dogs at the market knew what was happening: they looked so sad and so scared, and it didn’t help that the vendor was harassing them with harsh words and a stick, even though all they did was whimper in their cage. 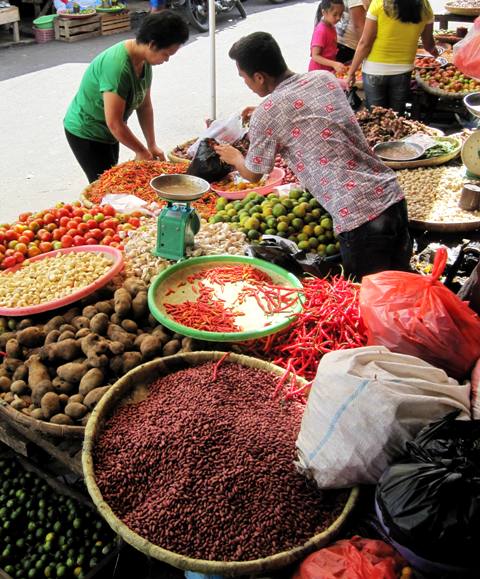 Aside from the animal cruelty issues and exotic protein options, the rest of the market is quite similar to most wet markets in Indonesia: lots of fresh vegetables, buckets of regional flowers, dried fish, locally processed foods such as caked palm sugar (“Gula Merah”), etc. 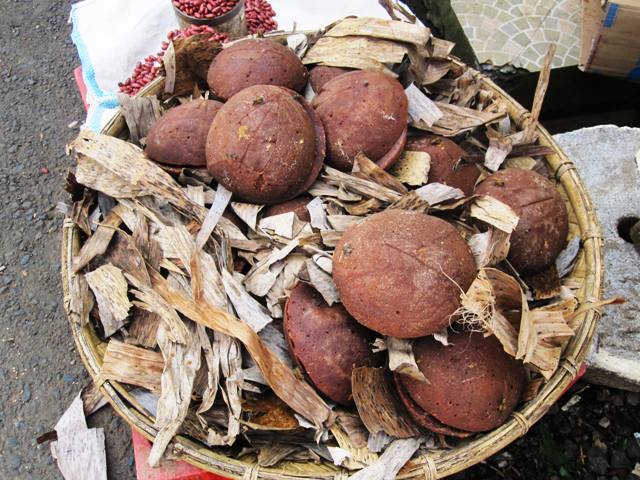 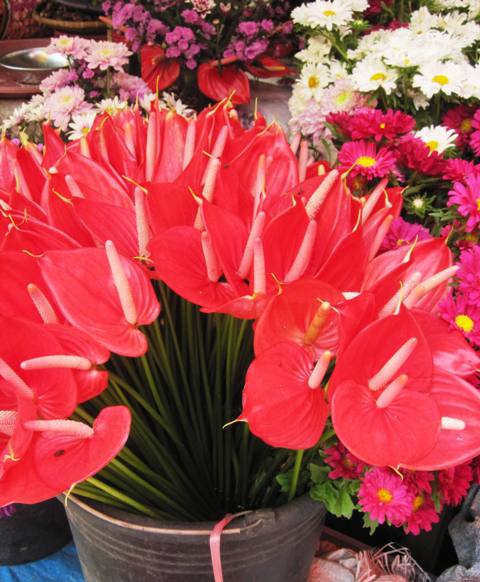 One thing that did stand out, however, was the staggering selection of second-hand clothes for sale. Ever wonder what happens to all those donated clothes well-meaning establishments collect? I think we found out where at least some of them end up…. 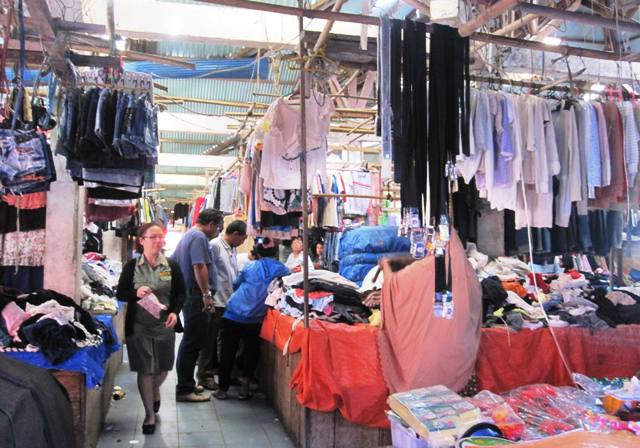 We were especially fascinated with the assortment of dried fish for sale, and the presentation thereof, such as the smoked tuna at the top of this post or the medley found below. I asked if these are eaten as-is, and the vendor explained that the fish are usually broken up into bits and mixed with spices, then used as an accompaniment to their rice dish. 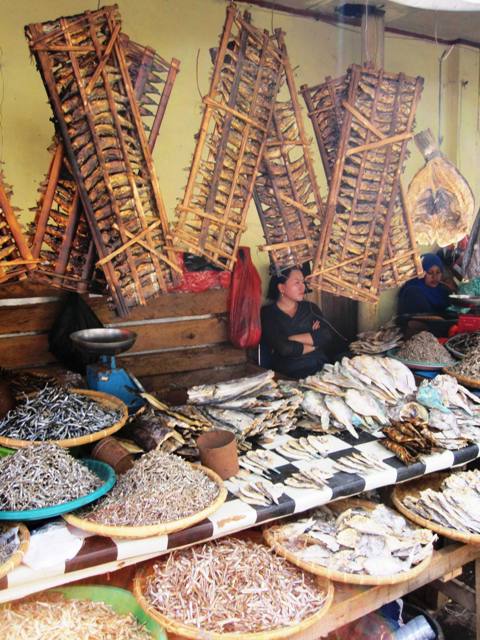 This concludes our tour of Tomohon Market (“Pasar Tomohon”) in the Minahasa Highlands of North Sulawesi. Coming up: our fabulous hike to Kali Waterfall!