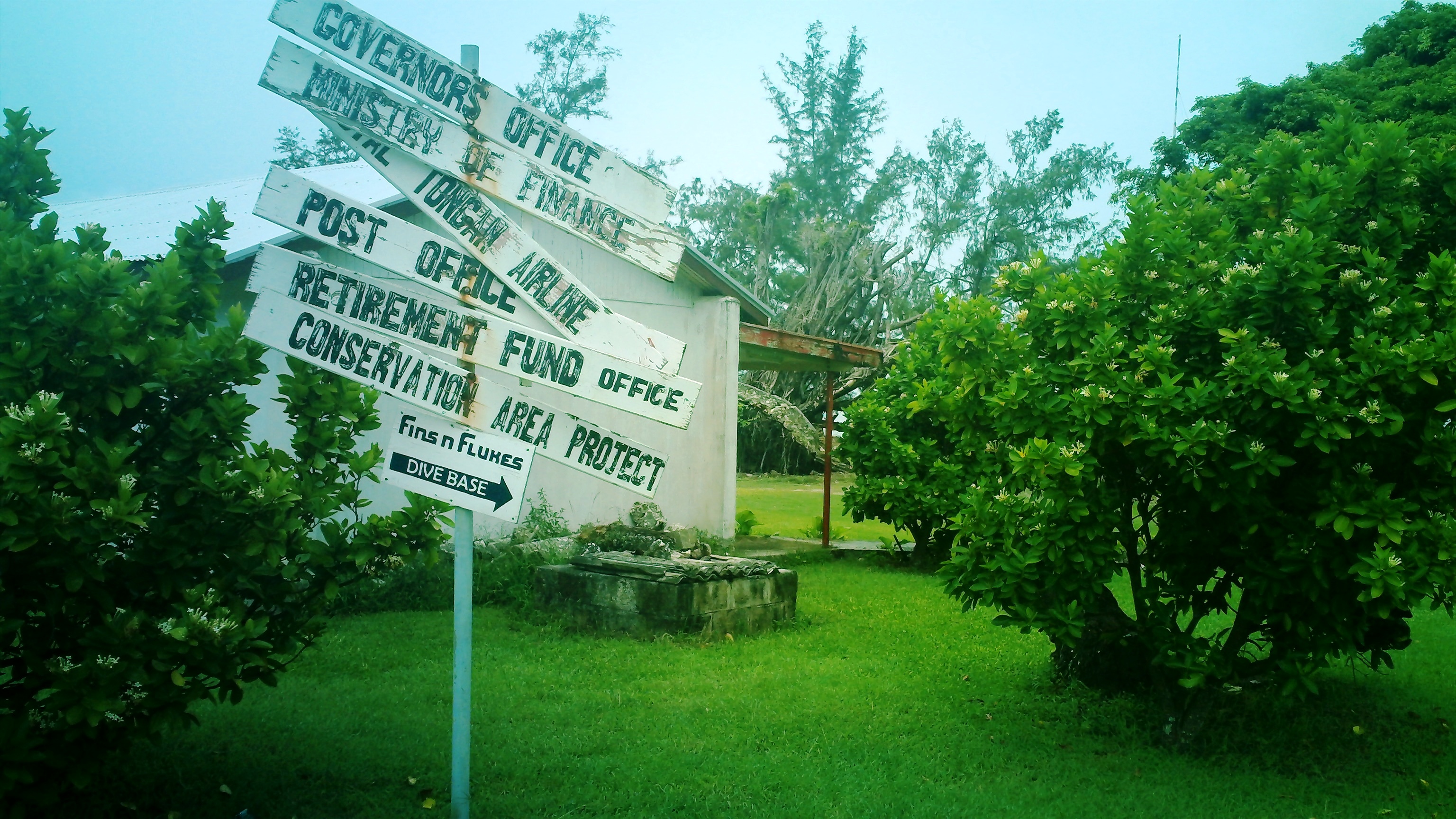 Often overlooked, Tonga’s mid-island group, Ha’apai, comprises 62 islands (only 20 are inhabited), hides some of the most beautiful white sand beaches in the world, and cradles famous tales of nautical misadventures in its unassuming waters.

For instance, the mutiny, as in the Mutiny on the Bounty, occurred  in 1789, just between the shores of Ha’apai’s main island, Lifuka, and the volcanic isle of Tofua.   It was here that Christian Fletcher famously cast off Captain William Bligh and eighteen other unfortunate souls in an open boat with nothing but a ship log, some biscuits, a paltry sum of salted meat and a little over 100 liters of water.  What a guy.  But Bligh’s luck didn’t end there.  After landing his craft on the shores of Tofua and scrounging around for a source of fresh water, a few unhappy Tofua inhabitants cudgeled one crew member to death before Bligh and his men hightailed it back to the boat, dispirited and dehydrated.  Had they been able to stick around long enough to crest the volcano, they would have found a crater full of  fresh, crystalline water.

It was also in Ha’apai that Tonga’s (arguably most famous) moniker, The Friendly Islands, came to be, all thanks to a little death plot gone awry.   Captain James Cook sailed to Ha’apai  three times in the 1700’s, but according to William Mariner, Cook’s last journey in 1777 could have really been his last journey.  Ever.  Happily for Cook, the Ha’apai chiefs fell into disagreement regarding when the assassination should take place and, aggravated by the fractured scheme, the head chief called the murder off, leaving Cook and his crew to enjoy a fantastic evening of dining and dancing.  Cook left Ha’apai on his ship none the wiser, and subsequently extolled the virtues of those hospitable islanders to the rest of the world.  Which leads us to a third nautical misadventure, William Mariner.

In 1805 William Mariner was a  young captain’s clerk (14 or 15 years of age) on board the British Port au Prince that had anchored off Ha’apai for a rest stop, between the main Ha’apai island of Lifuka and its northern neighbor Foa  (pictured above), where the land bridge now straddles the sea.  That stop turned into a full-blown attack where most of the crew members were slaughtered and the ship burned into the sea.  Mariner survived, and because of this serendipitous turn of fate, Chief Finau, the chief who had ordered the attack in the first place, figured the kid must be pretty important.  As a result,  Finau put his nose to Mariner’s forehead (a mark of friendship) and commanded he be spared.  Mariner was eventually accepted into the chief’s fold, given a Tongan name, and for the next several years, extensively documented all aspects of Tongan culture and history.

Finally, Ha’apai is, in many ways, the birthplace of the Kingdom of Tonga itself, thanks to King George Tupou I.  Before the 1800’s, Tonga as we know it consisted of several rulers that governed and fought between their various island kingdoms, but in 1831, an enterprising ruler of Ha’apai named Taufa’ahua converted to Christianity, adopted the name of Siaosi (“George”) Tupou and eventually took control over the island groups of Tongatapu, Vava’u and the Niuas, which, together with Ha’apai, unite the islands of Tonga that we know today.  The present King of Tonga is King George Tupou VI.

But enough of history.  Today, we’re checking out the main island of Ha’apai: Lifuka, where Ha’apai’s town of Pangai sits.

When we visited, the only restaurant/cafe on Lifuka was the aptly named Mariner’s Cafe, where wifi, cold beers, homemade pasta and karaoke enthusiasts await.  Above the Mariner’s Cafe sits the Fifita Guesthouse, whose central location and community kitchen make up for everything else. 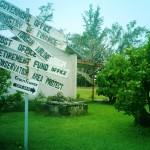 The town itself has not a whole lot to offer; it is the life under the water and starry, clear nights that folks come to Ha’apai for.

In fact, given all of the history Ha’apai has seen, it is  bewildering to walk the “streets”, only to be greeted with the most forlorn road signs ever in existence and minimal historical landmarks, excluding, of course the statue of the good Reverend Shirley Baker — Tonga’s first Prime Minister and adviser to King George the First–, and a royal cemetery.

But the people really are friendly and the beaches?  Amazing.  Here are the highlights for a day (or two) in Lifuka:

The Town of  Pangai and the Lifuka Harbor

We wandered about the town on the afternoon of our arrival (Saturday), scrounging up supplies for the evening, especially since on Sunday, everything but churches shut down.

Depending upon one’s expectations, the Lifuka Harbor might be a dispiriting sight, but that can soon be ameliorated by the splendid beaches just waiting to be explored.

A long, hot walk to the southern point of Lifuka, Hulu’ipaonga, is in order, stat.  Getting there can be a little confusing though.  Once out of the town, you have to follow a rather long, un-trodden path leading between trees laden with banana spiders until you spot a cemetery, which, incidentally, hosts Ha’apai’s line of chiefs.  Take the path through the cemetery until you are greeted with this: white sand, crystal waters and not a Palangi to be seen.  If it is low tide, I’ve been told that one can walk from Hulu’ipaonga to the island in the distance, Uoleva, where a resort offering a true Robinson Crusoe experience awaits.  The undercurrent and tides can be dangerous, though, so a boat (as well as plenty of water) is recommended.

We walked to Hulu’ipaonga Point on a Sunday, when it is traditionally a no-no to swim, run or otherwise do anything for active pleasure, but we were told that since Hulu’ipaonga is isolated, a swim would be okay.  We swam Tongan style — wearing one’s full set of clothes — just in case!

That night, our friend treated us to an impromptu kava ceremony, using a washcloth as a strainer since we didn’t have the proper materials.  Kava, despite its tongue-numbing effects, tastes a bit like dirty black pepper.  And I learned thereafter that Kava is, in fact, a type of a pepper plant!

Bicycle Trip from Lifuka to Foa

But the best part about Ha’apai arrived the next day, after my husband and his colleague left to do their site visits.  I stayed behind and rented a bicycle from the Mariner’s Cafe and biked the nine-or-so mile journey from town to the north tip of Foa Island.  It was a beautiful day, the sun shining just so, the wind a nice rustle, and hardly a car on the road.  Along the way, I passed scenic little fishing boats, old women weaving, young women chatting on cell phones while wandering down the road under umbrellas  and tons of children laughing and running along beside me.

The surreal part came when the road actually intersected with the airport runway.  Truly, for the space of about fifty meters, the runway and the main road are one and the same.  I paused, unsure of what to do, until a stoic local calmly ventured forth with her stroller, no doubt wondering why I had stopped in the first place!

Still buzzed from that experience, I was then positively thrilled to hit the land bridge between the north end of Lifuka island and the south tip of Foa.  The bridge is exceedingly narrow, not to mention barely above sea-level, and all around ripples superb, aquamarine sea.  It is in these waters that both William Mariner’s Port au Prince and Captain Cook’s ship anchored for respite.

If all this were not incentive enough to sweat away a gallon of water, the final reward came at Houmale’eia Beach, the northern tip of Foa Island.  Staggeringly beautiful and stretching all along the island point, this beach just might also be the most pristine beach I’ve ever seen.

For those on holiday, two resorts hide just off the road, complete with dive tours and perfect sunset views.

But for me?  This is all that’s needed for a perfect day in Ha’apai.  Bike trip to Foa: definitely recommended!

Check out the thumbnails below for more pictures along the way.