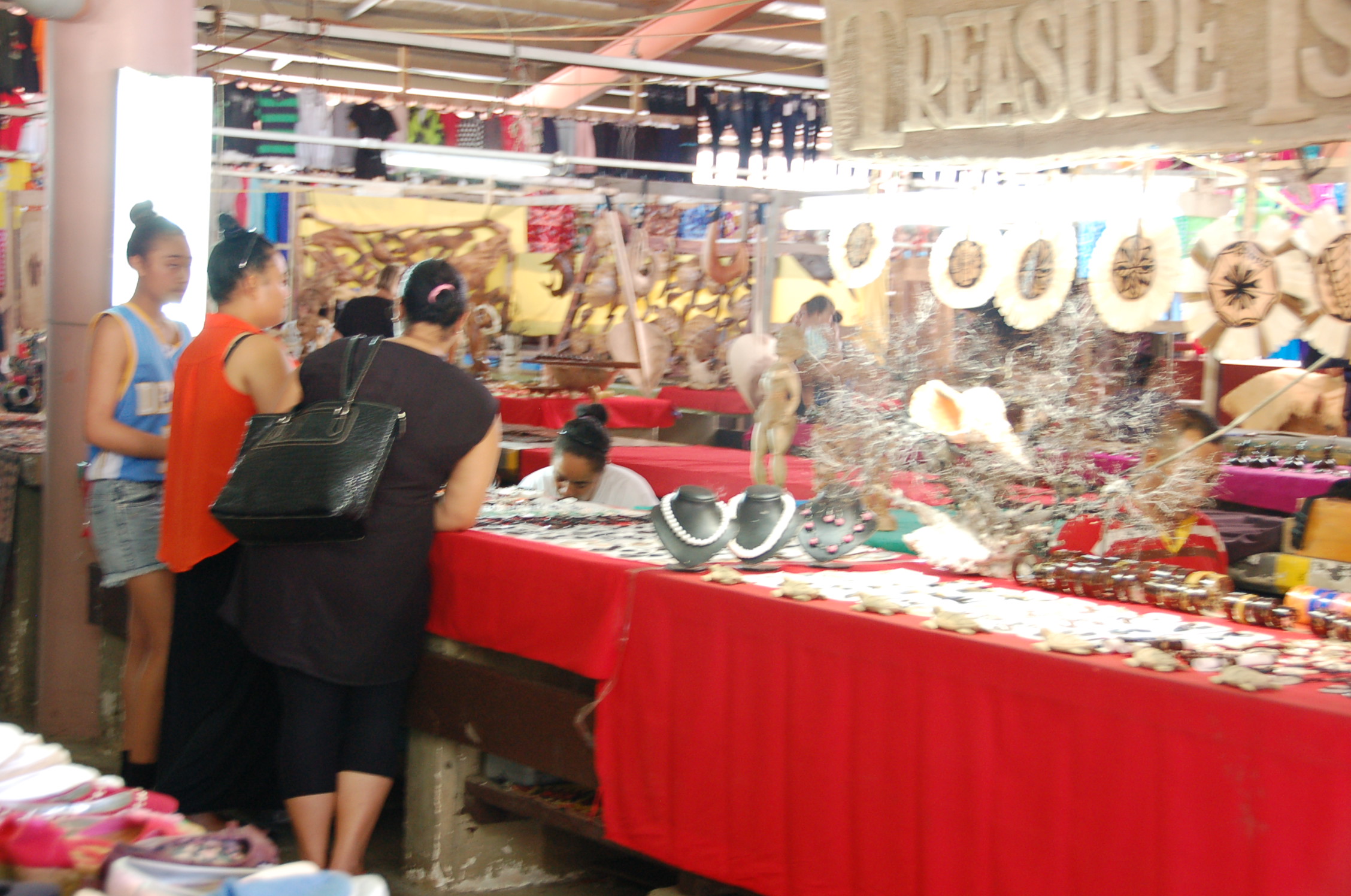 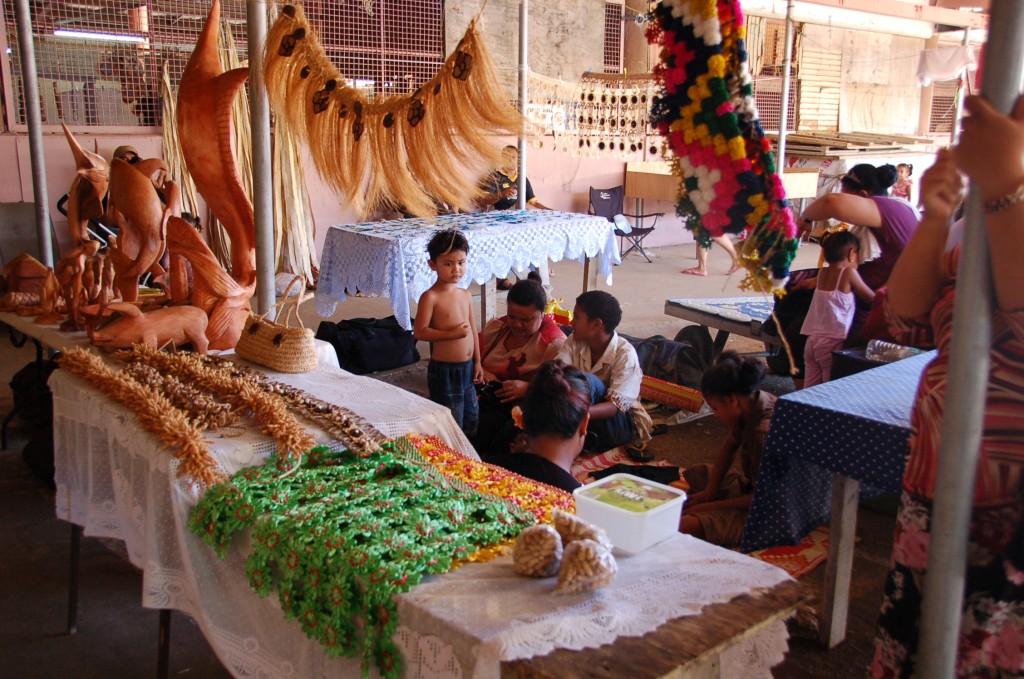 My last post covered most of the produce and fresh sea food found around Nuku’alofa — especially the variety Meketi Talamahu offers up.  But Nuku’alofa’s main market packs in a lot more than edibles.

To the far left side of the lower market, and more or less the entire upper level, visitors can find a wide array of souvenirs and locally made handicraft.  And unlike the produce which is mostly sold in neat little piles by set price, there is some bargaining that takes place with the handicrafts. 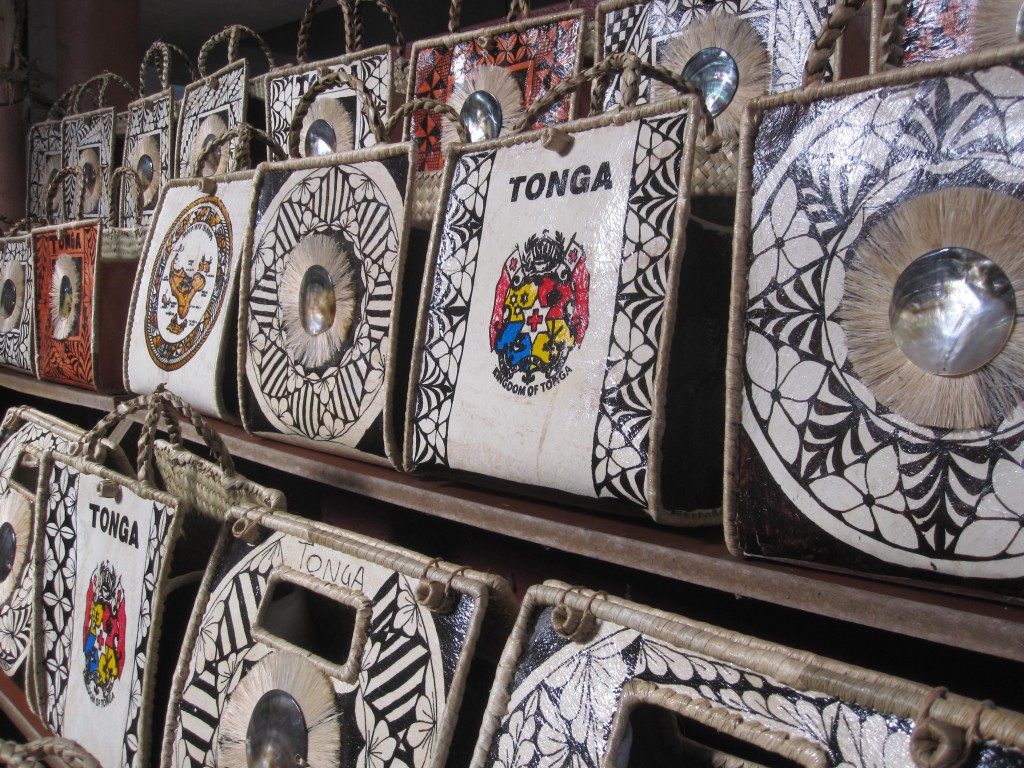 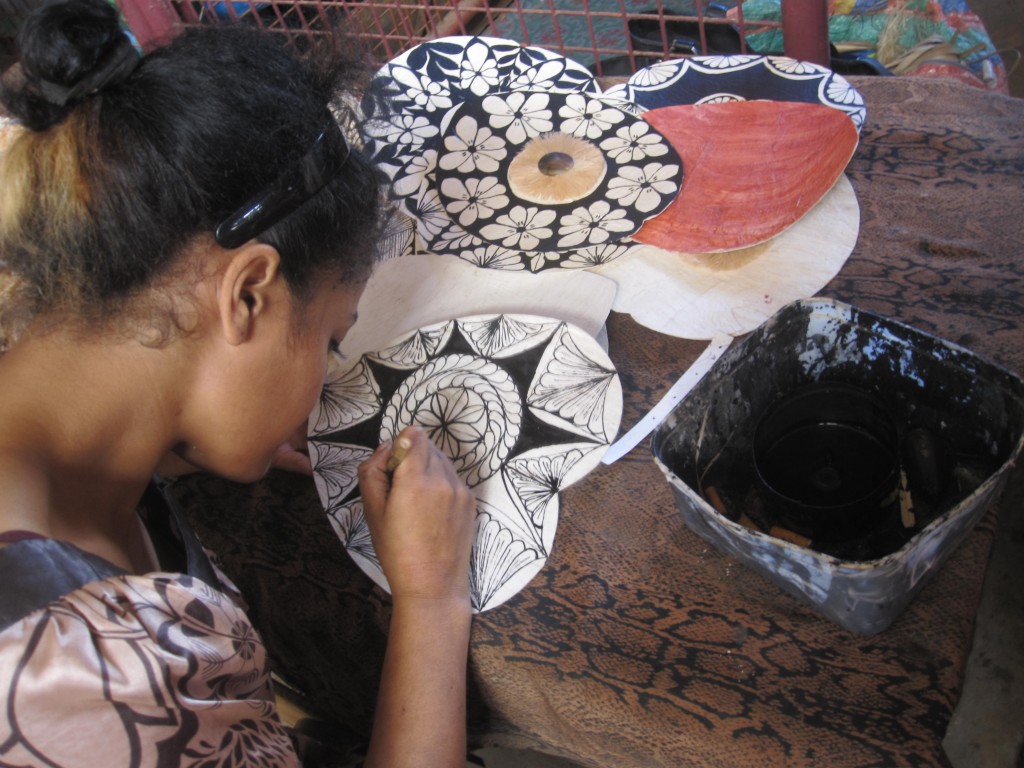 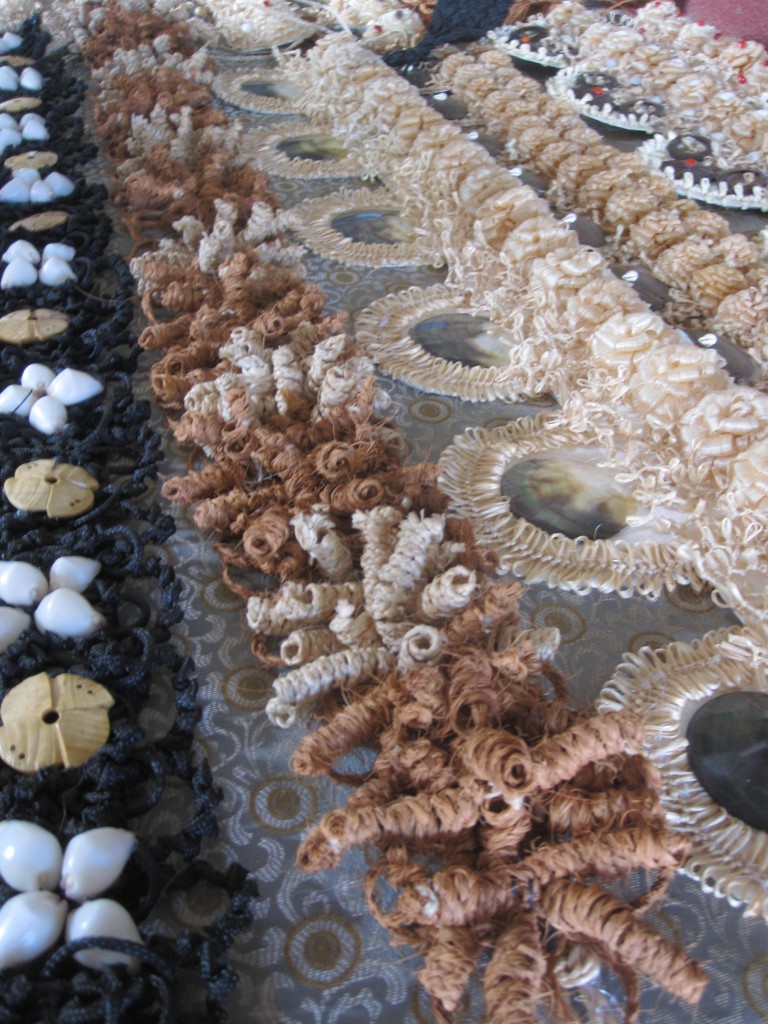 Finally, there is at least one stall on the outside of the market, to the far right, just beside the inner parking area, that also sells locally made crafts and artwork.  This stall is more of a store, and often the goods found here offer a variety not found elsewhere.

If bargaining isn’t for you, the excellent Langafonua Handicraft Centre, just next to Friend’s Cafe and across the street from the New Zealand High Commission (at the bend where Vuna Road runs into Taufa’ahau Road), sells set-price handicrafts made locally. 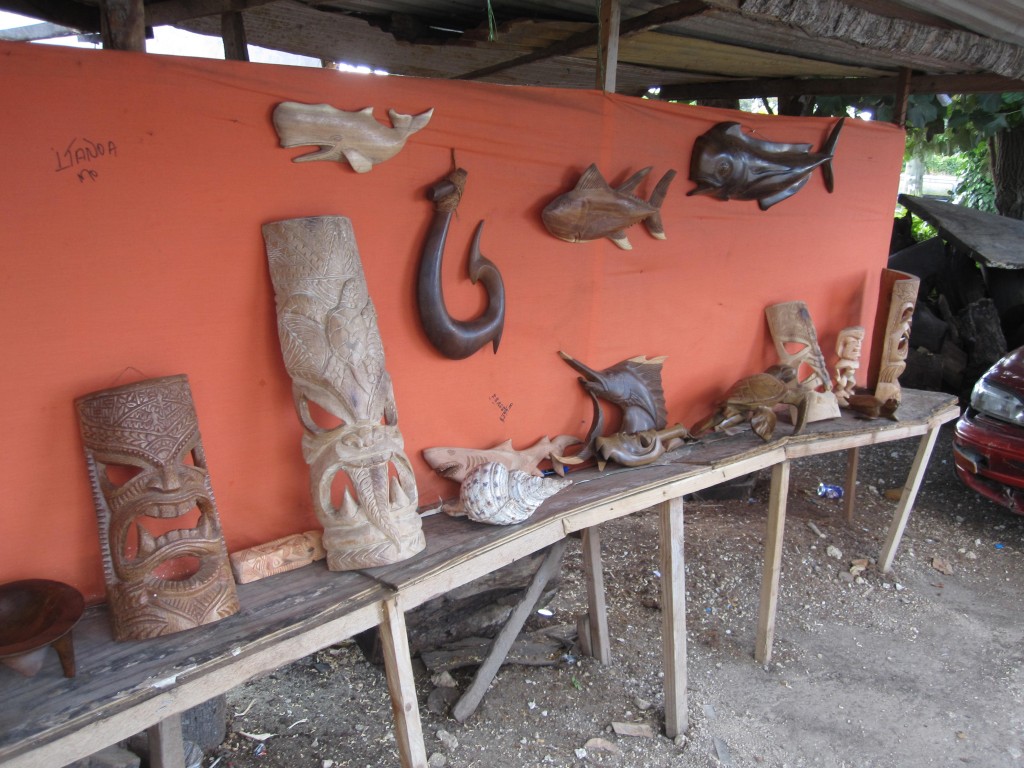 For other stores around the Kingdom, Tonga’s tourism website offers a helpful directory.

For wood carvings, there are also a couple stalls along Vuna road; you’ll spot them easily if you walk from Market Talamahu and down Vuna, toward the Fish Market and outdoor swimming pool (the pool is further down Vuna than the Fish Market).

I’ll post below more pictures from the market, evidencing the wide array of goods one can find, but first, a caveat on two souvenir traps I’ve encountered: 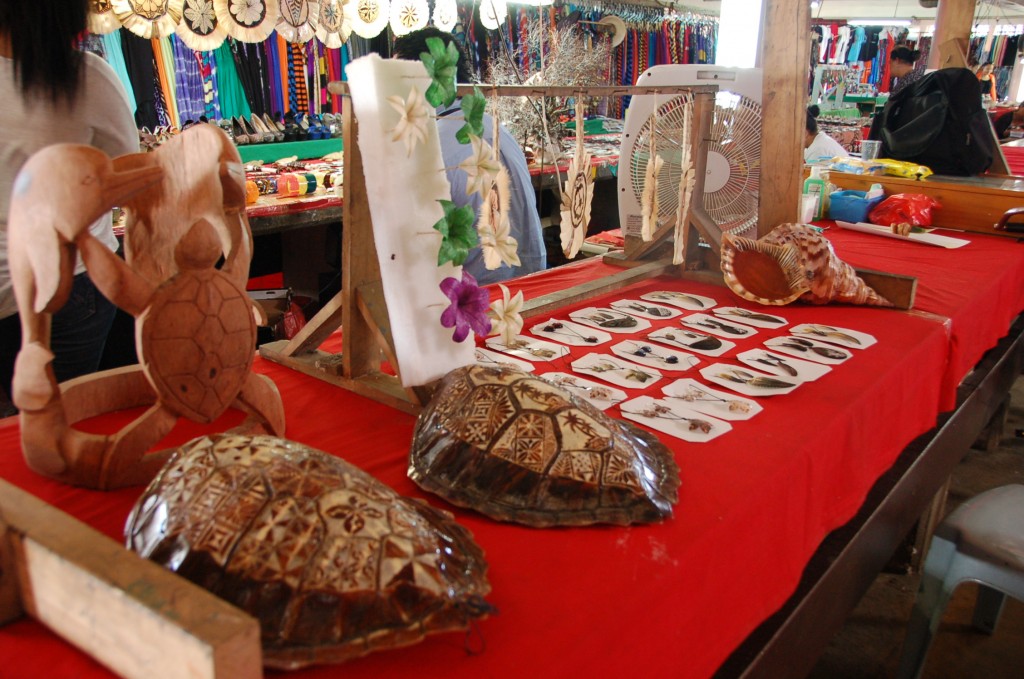 1. — Black Coral.  Some vendors sell the dubious “black coral” which they proclaim to be harvested deep in the sea and worn traditionally by royalty.  Maybe there is such a thing and maybe royalty does wear it (I asked around but no one I queried knew a thing about this).  But the “black coral” on display at the market appeared to be a twig spray painted black, and the jewelry make from same had a similar texture and appearance.  Now, I’m not saying the stuff isn’t kind of cool, but if you’re paying for the infamous black coral, you might want to think it over first.

2. — Pearls.  Pearl necklaces and pearl earrings are sold both on the lower and upper levels of Meketi Talamahu.  Typically, they are round, dark, purple-black in color with, naturally enough, an opalescent veneer.  The pearls are rather heavy, too.  Last year, I bought a string of black pearls and matching earrings from a vendor who assured me repeatedly that these things were real.  I don’t know a thing about pearls, other than reading that if you put a pearl between your teeth, a real pearl should have a bit of grittiness to it.  Well, I did this.  I even brought the pearls to my husband’s work and had him and Jacinta bite the pearls and offer their own verification that indeed, they were gritty.  I’m glad no one wandered into the clinic at this time, because I’m sure the sight of two PCMO’s chomping at a string of pearls would have been … confusing.

At any rate, after having my necklace verified three times, I wrapped it up, mailed it to my grandmother as a gift, and two months later, I received a smug email from a person who shall not be named, gleefully informing me that Grandmother had sent my pearls to a jeweler to have them inspected, only to be informed that my beautiful, authentic, deep-water jewels from the sea were painted plastic beads.

Moral of the story?  The necklace was pretty.  And even if they are fake, they still make a cool souvenir.  And the price was very reasonable — a downright steal if they’d been the real thing.  That said, if you are actually out for pearls, make sure you know what you’re doing.  Real pearls are sold in Tonga, and even though I never tried my luck again, I’ve seen some of the “upscale” shops around Nuku’alofa display jewelry with what looked like the real deal. 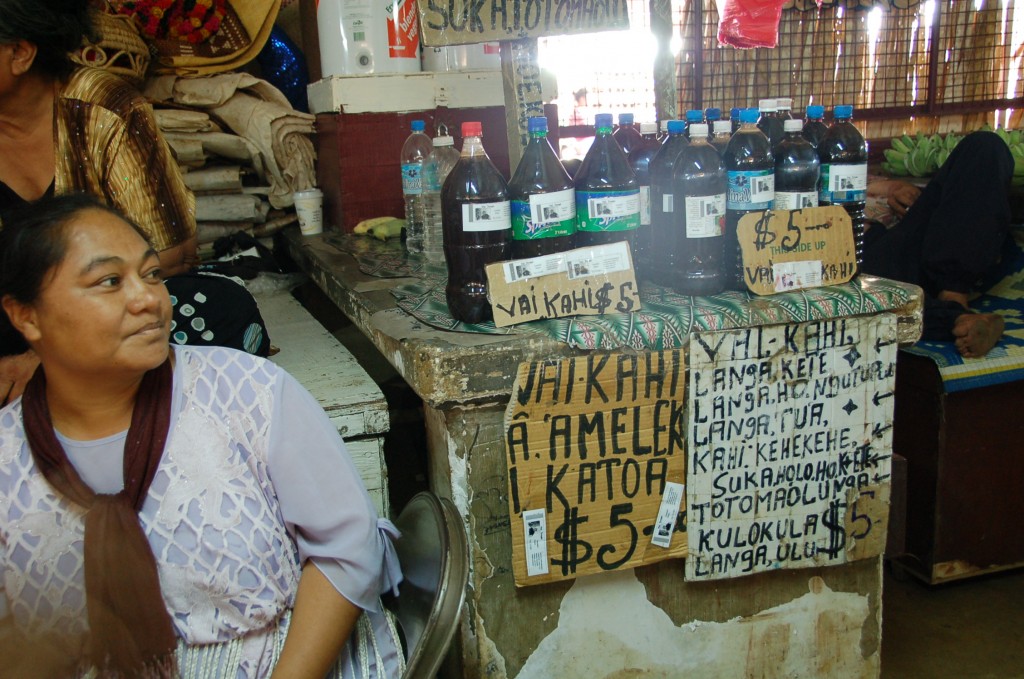 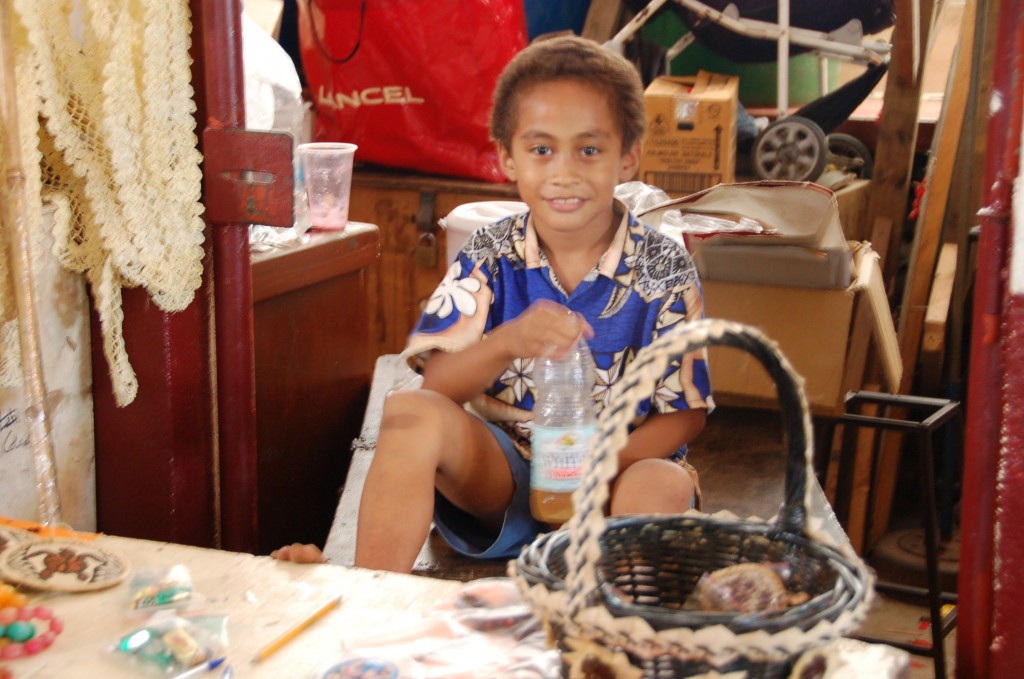 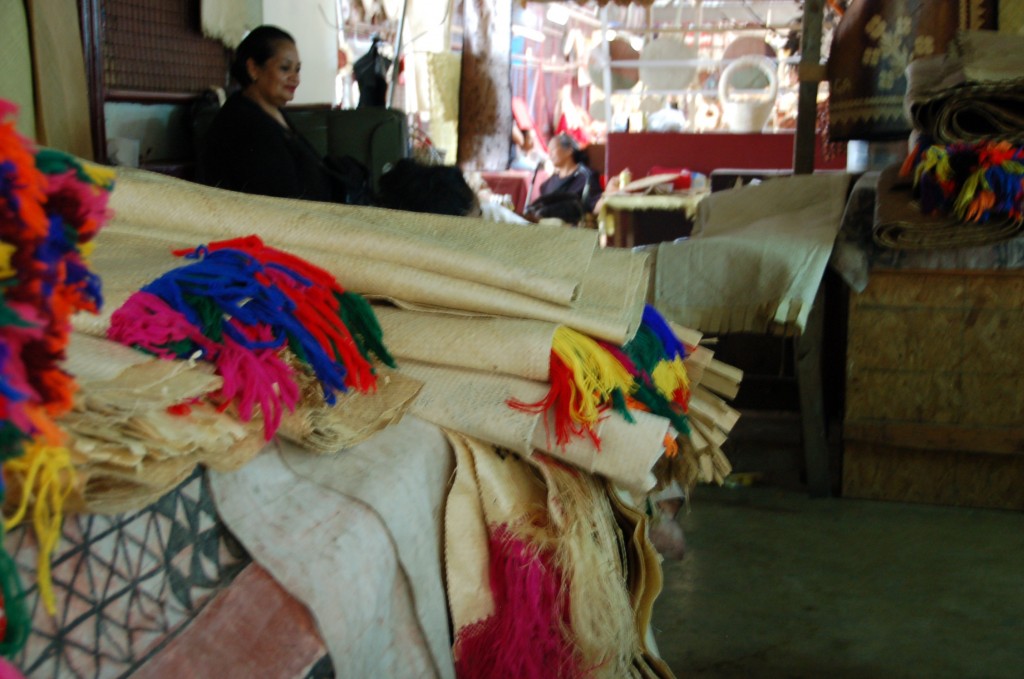 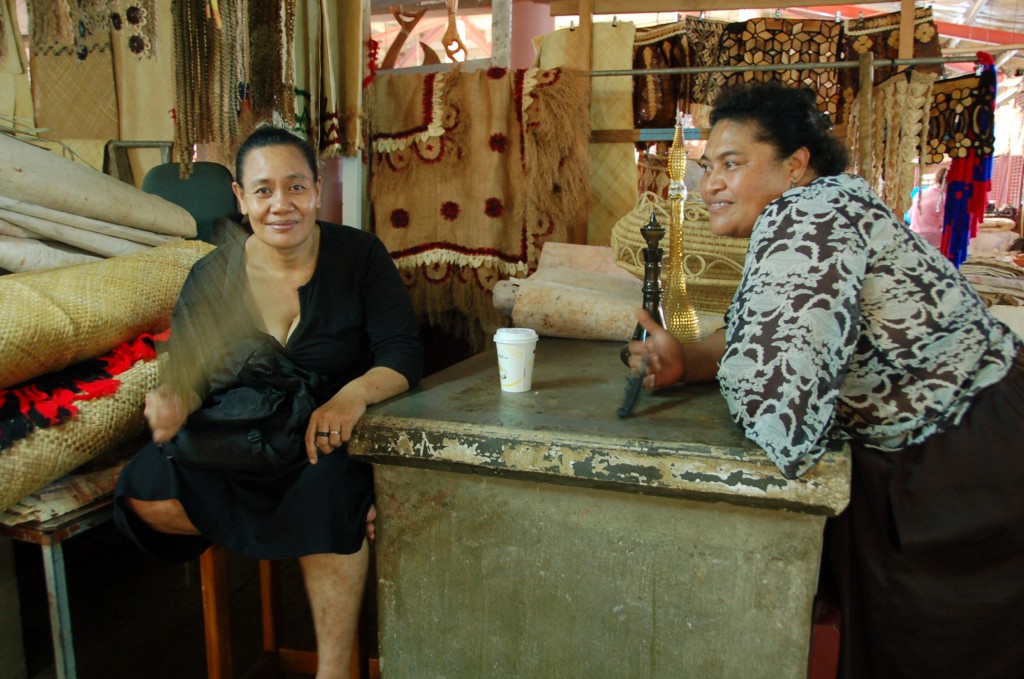 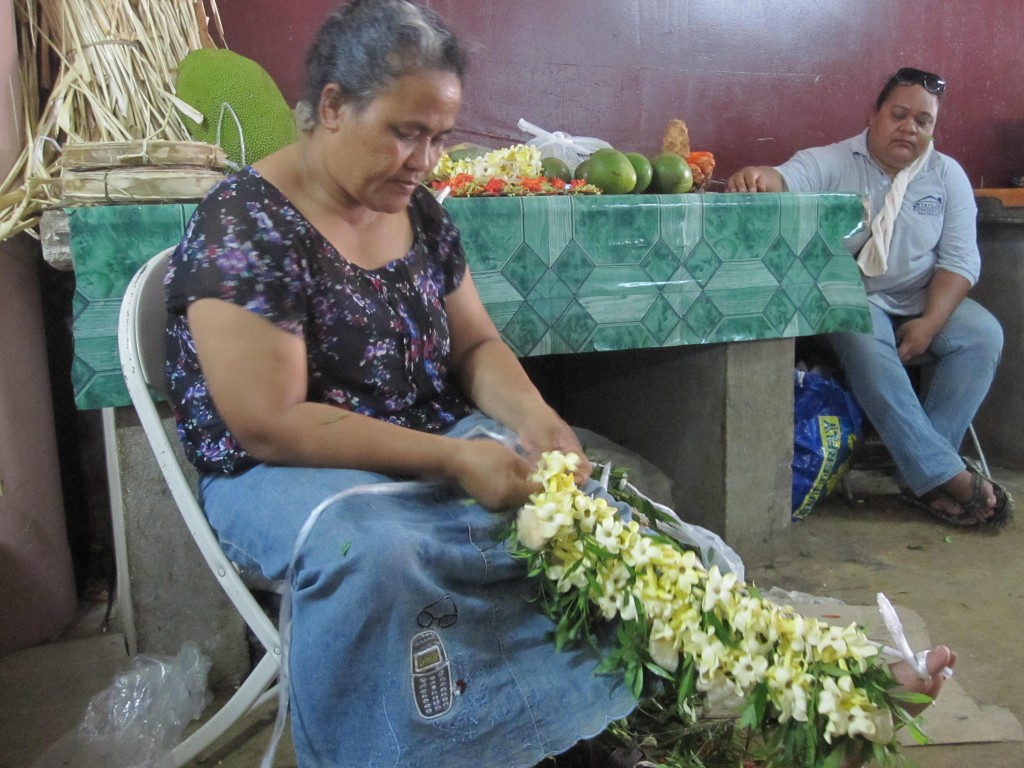 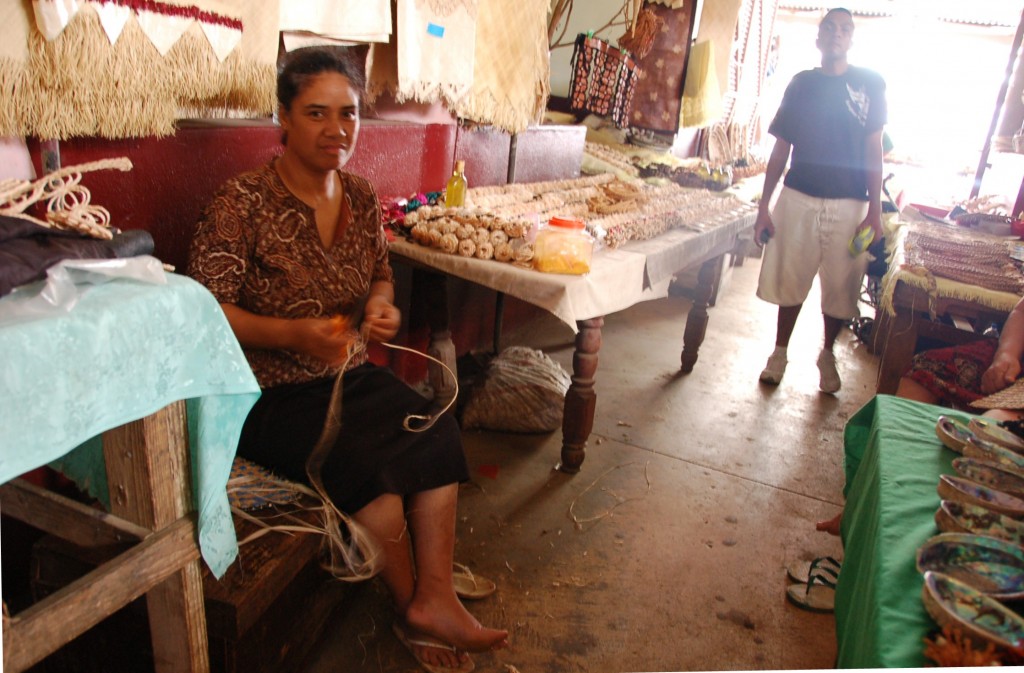 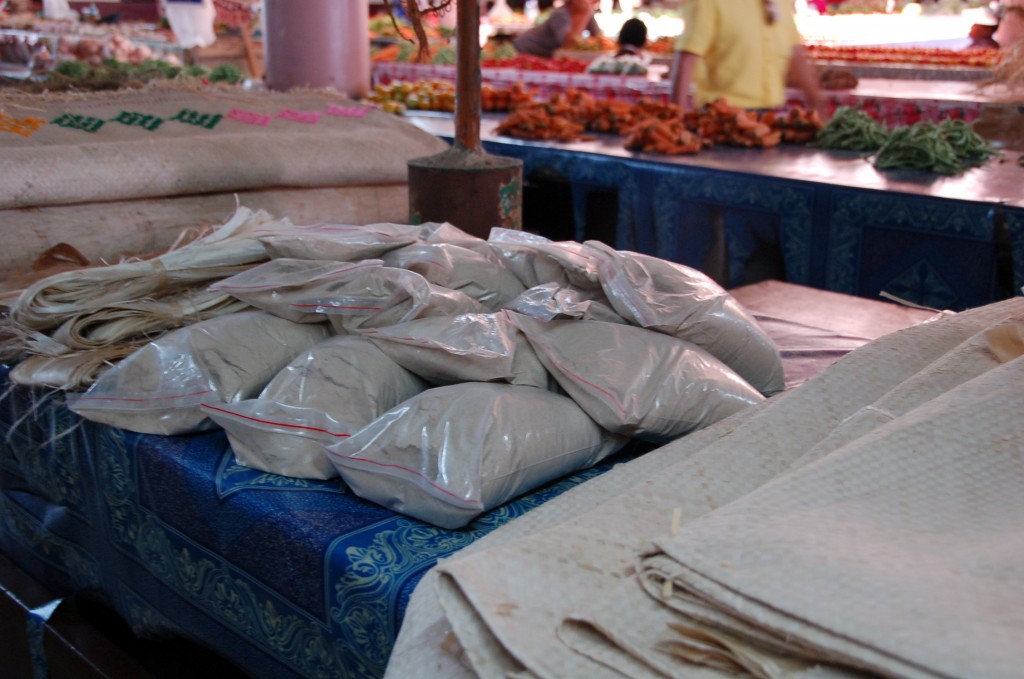 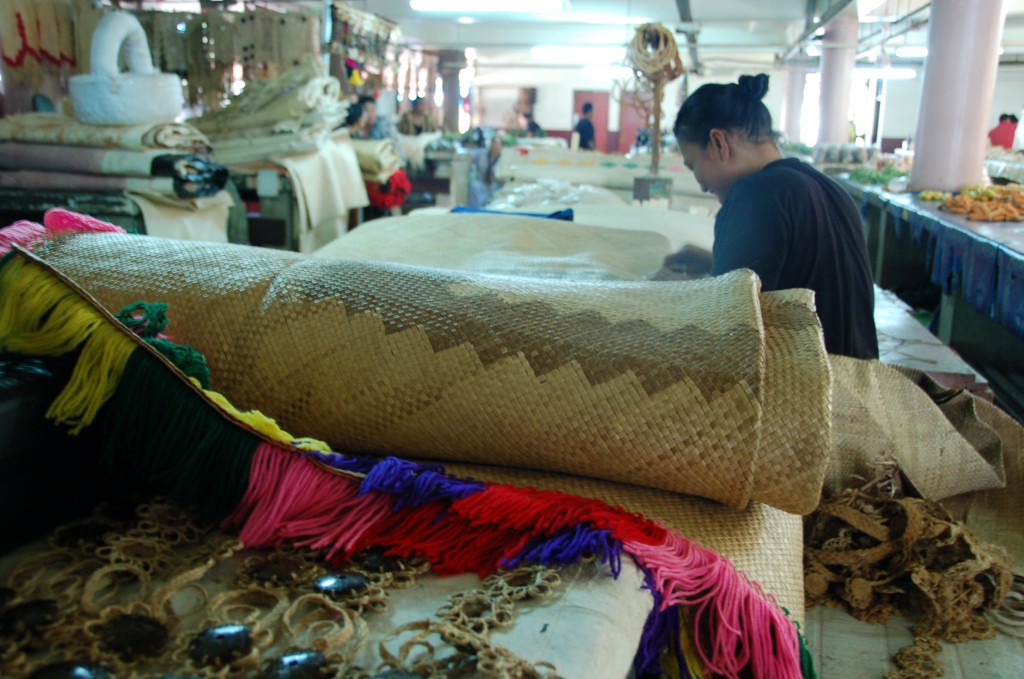 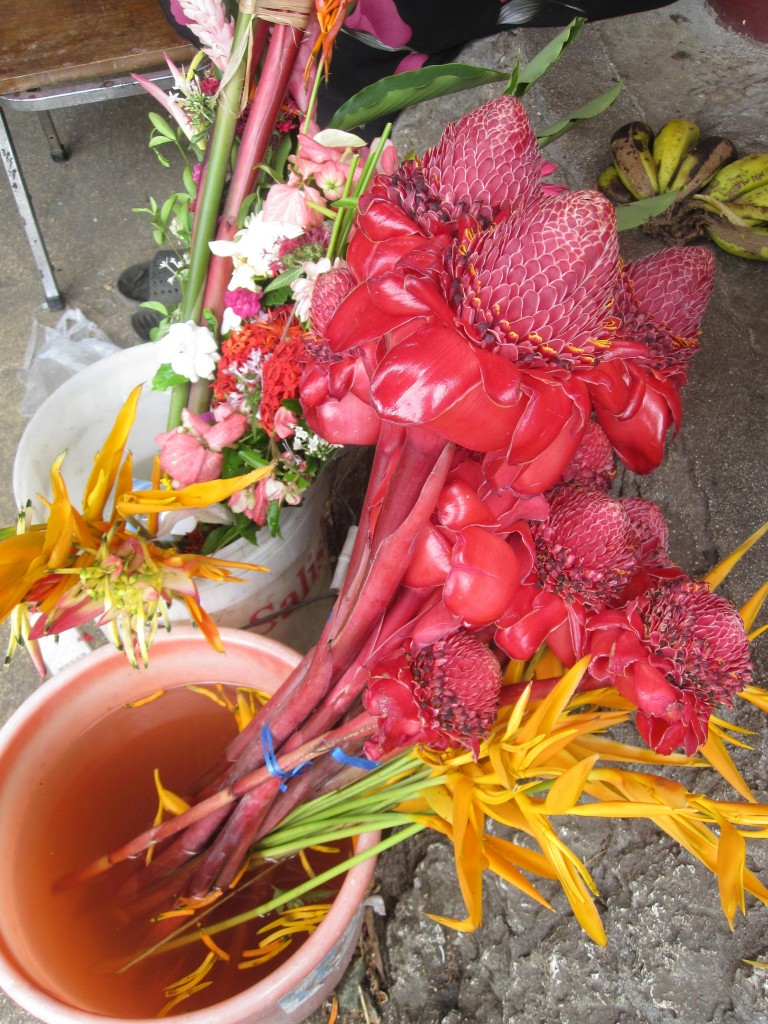 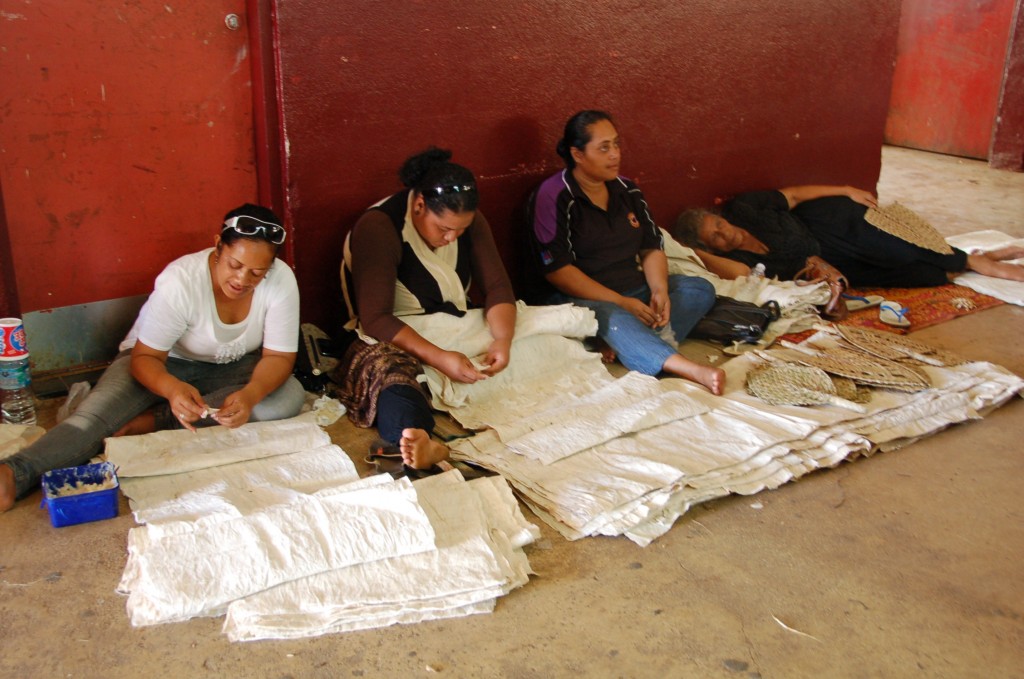 7 thoughts on “Tongan Handicrafts and Souvenirs”