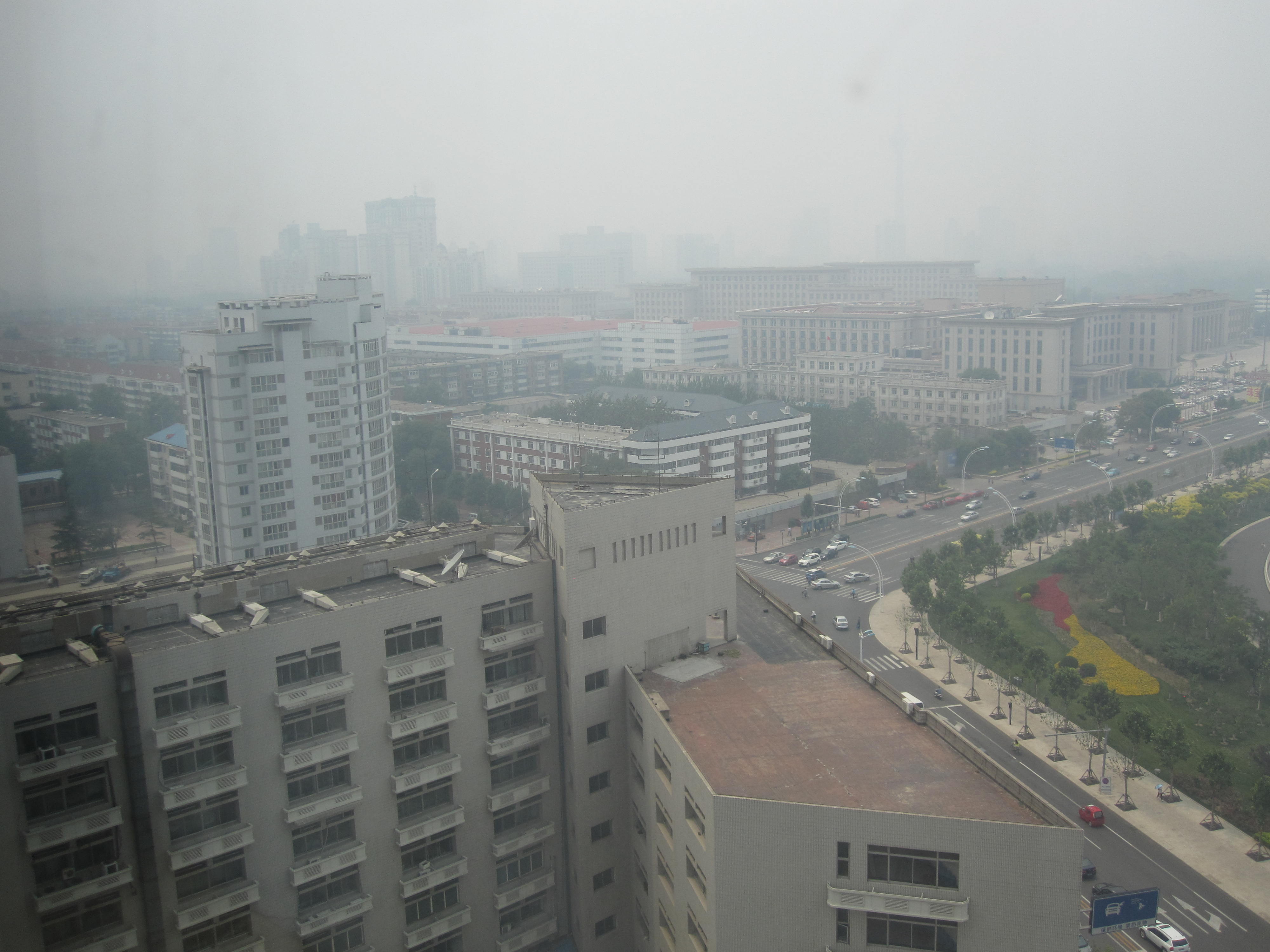 Sam and I have been in Tianjin for a week now, and today is the first day we are staying inside because it literally hurts to breathe.  Up until now, the air quality hasn’t been that bad.  A few smoggy days, certainly — and one day it rained whereby I subsequently noticed that my new poly-carbonate eyeglass lenses sprouted curious pock marks (I’m trying not to think about the implications behind that) — but the AQI never breached the 170 threshold … until today.

A rating of 250 is, for the uninitiated such as myself (until this auspicious moment), is considered Very Unhealthy.  As in, stay inside if you are old, sick or otherwise compromised and if you are healthy, you should at least wear a mask and avoid heavy exercise.  And according to our helpful little ipad app, we are cheerily informed that only 4% of the rest of the world has worse air quality than we do at this particular moment.  A strange echelon to find one’s self in for sure, but wait!  It gets better!  Because if thick, grey air that makes you feel as if you just smoked two packs of unfiltered cigarettes isn’t awesome enough, some geniuses in town decided to celebrate with fireworks.  See that plume of smoke (hard to distinguish, I know) down the road in the picture?  That’s the aftermath of three rounds of fireworks set off as I write this post!

Here’s what the same view looks like at the same time on a clear day, typically around 70 AQI or under.  (I found these pictures on my phone.  I must have taken them prior to checking out of our hotel.)

In the [almost] three months we’ve been here, we’ve probably had about ten to fifteen days like this.  Woohoo!

Another interesting tidbit?  I was informed by a Tianjin local that, until the late 2000’s, residents of this city all thought that the smog (as seen in the photo above) was actually fog.  I have not researched this issue, but I have been informed that air quality monitoring did not become a public resource until 2009 or so.  Before then, residents simply assumed they were dealing with Tianjin’s coastal climate, and no thought to particulate matter was given.  It is rather astounding transition to consider. 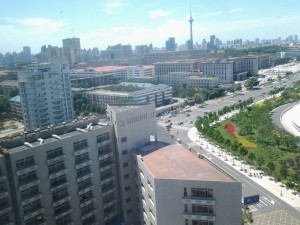