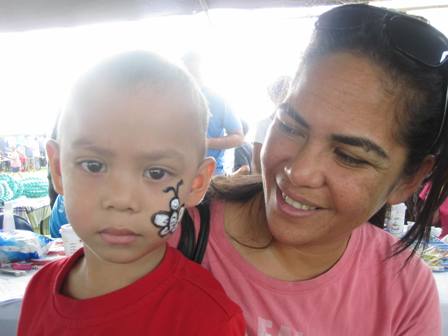 Having lived in Tonga for over a year at this point, I thought I would do a short post on a few of my favorite things about living in Tonga.

Tongan children are the cutest, friendliest, happiest kids I’ve ever seen.  Last week, I volunteered at a Rotary fair and did a little face-painting.  (And, yes, I know, I’m terrible at it!).  Butterflies and bumblebees were super popular, but because the little guy to the right was kind of fidgety (and I haven’t the talent to compensate), his bumblebee didn’t look too realistic!  He didn’t seem to mind, though. 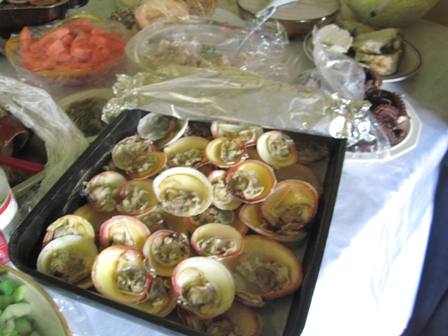 Last Sunday, our friend invited us to her home to share in their traditional Sunday afternoon feast.  Typically, on Sundays, Tongan families build an umu, which is an outdoor hole-in-the-ground oven, more or less, where things such as puaka (pig), lu (taro leaves wrapped around meat such as corned beef mixed with coconut cream), and all kinds of delicious things are cooked. We were especially lucky because our friend’s husband loves to fish, so we also had shellfish and octopus that was out of this world awesome.  The feast is usually presented as we see it here, where various dishes are wrapped in cellophane or foil to keep the flies off and you just pick whatever you want.  You can see what my focus was!  Yum. 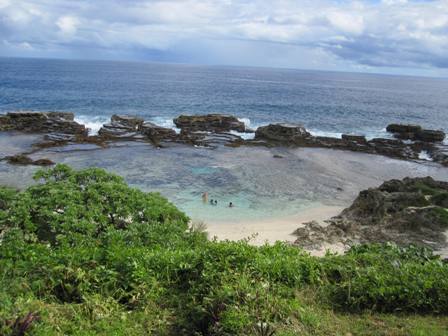 It’s a hard life, living in the South Pacific.  But it’s a hardship I face bravely each day, knowing that, because I’m here, you don’t have to be….  Or something like that.  Seriously though, the water here is amazing.  This picture was taken at the bluff over Kileti Beach, one of the places we like to ride our bicycles to on the weekend and grab a lunch.  When the tide comes in, those rocks that ring around the lagoon create fantastic blow-holes.  It truly is magnificent to see. 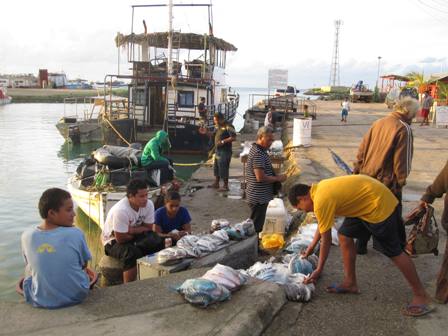 Everyday except Sunday, enterprising fishermen along Vuna Road will spoil you with Nuku’alofa’s fresh selection of reef and deep water fish, usually sold in bags such as those pictured here.  The colorful blue fish in this picture are Parrot Fish — a popular catch in these waters. 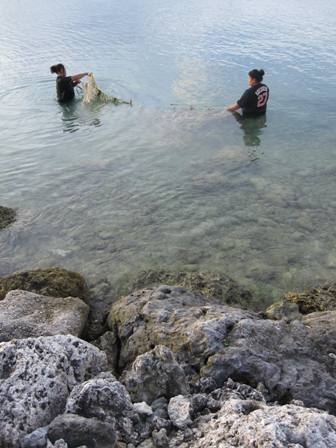 A stroll around the salt-water pool where I walk affords cool views like this one, often at dusk, when women wade into the sea  to bring in their salt-water-softened strips of Pandanus leaves.  Once dried, they strip them into narrower pieces and use the fibers for weaving. 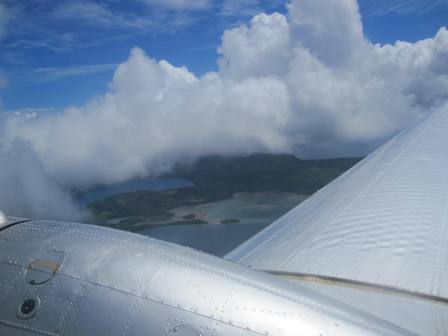 Depending on who’s doing the reporting, Tonga has around 176 islands, but only around 40 are inhabited.  The main island groups of Tonga are: Tongatapu (the main island, where the capital Nuku’alofa sits), ‘Eua, Ha’apai, Vava’u and the Niuas.  So far, we’ve been to every group except the Niuas — mostly, because the Niuas are quite remote and much further north; in fact, they’re about halfway between Tongatapu and American Samoa! 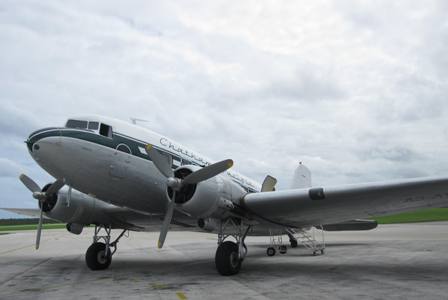 How awesome is that? Before boarding, you have to step on a scale to get weighed, then assigned a seat on the plane according to the plane’s weight distribution needs! Humiliating? Yes, but the uniqueness of the experience does dull the edge somewhat. 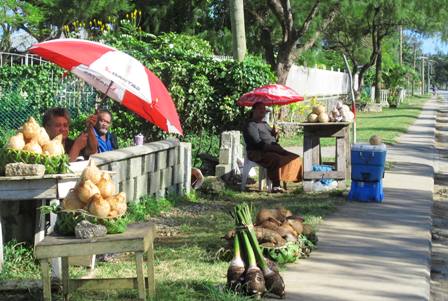 All along Vuna Road, you can stop and get a coconut, fresh from the tree that is probably standing right behind the stand!  There are tons of coconut trees in Tonga and coconut water — straight from the shell — is probably the most popular quaff on the island. 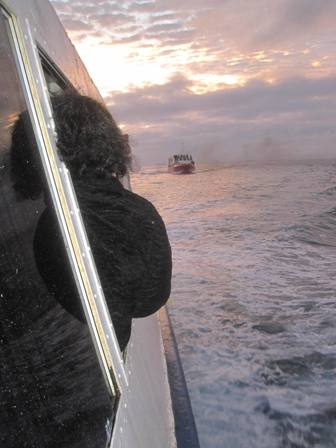 Okay, this one should be posted with a caveat — at least in regards to the ferry between Nuku’alofa, Tongatapu and the island of Eua  — and the caveat is this:  Don’t do it.  It is amazing, yes.  There is nothing quite like setting off at five in the morning, when the sky is still velvet and the stars light up the night.  It is surreal to set sail in that darkness, blind to the sea around you and to the clouds above, with nothing but the spray of salt water to assure that, indeed, a voyage has begun.  And when the sun rises all around in that great, vast expanse of Oceania, it is truly a spiritual moment.  But also … you can die.  The ferry to Ha’apai and Vava’u is far more modern and, from all I’ve heard, quite safe.  But from the reports I’ve subsequently received regarding the sea-worthiness of the Eua-Nuku’alofa ferry, I don’t think my husband nor I shall ever dare that journey again. 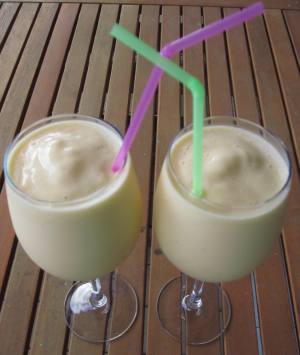 Homemade yogurt, bananas straight from our backyard, papaya and pineapple picked that day and sold at the market create the perfect snack.  That super chincy and way overpriced blender (because, as a general rule, everything except for local fish and produce is expensive here) purchased at one of the general stores in town was totally worth it, even if a metal blade did break off during the first use!  It just takes longer to blend things now but hey, we’re on Tonga Time!

One thought on “These Are a Few of My Favorite Things”