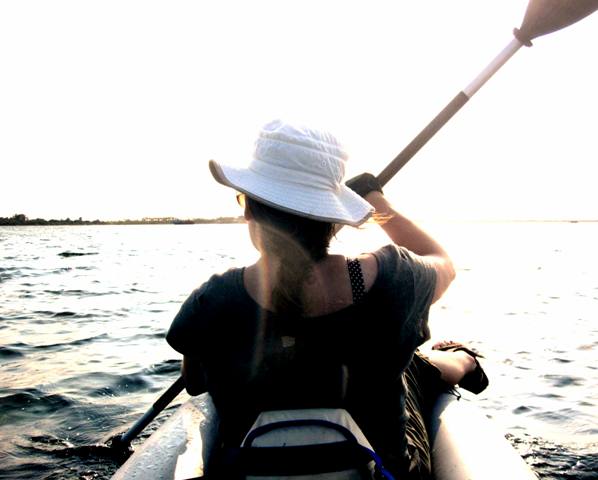 Tongatapu is Tonga’s main island, and the town of Nuku’alofa its political and economic seat. That said, it can be a rather depressing place, and if you don’t want to take my word for it, then the forlorn expressions upon many unwitting cruise-goers’ faces when they are deposited here for a day or so will attest to it all on their own.

The island of Tongatapu has many beautiful sights, but the problem is, they are mostly some distance off and the town itself is a dusty, ramshackle place with buildings that, for most part, appear abandoned or, at best, in desperate need of renovation. 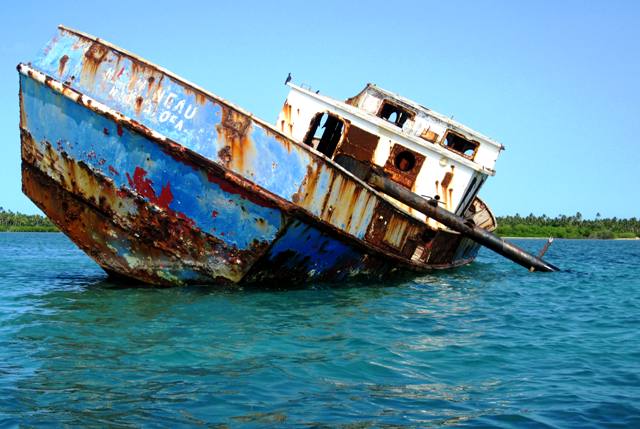 Sure, there are the stunning water views along Vuna Road and a wonderful produce market downtown that offers the widest variety of locally grown fruits and vegetables out of anyplace I think I’ve ever lived, but when you’re done with that, you’re left with rusty-corrugated-metal-topped buildings with half the windows broken, swaths of empty, concrete lots and a whole lot of trash. If a person were to find themselves here with no transport and only one day to see what Tonga has to offer (especially on a Sunday when basically everything shuts down), I can’t think of a more unfortunate place in the kingdom to be left to one’s own devices. Just sayin’.

BUT, if you have a car, a bicycle or a kayak, things get a lot better. From the Big Pineapple of Nuku’alofa, there are at least five islands within easy kayaking distance — most without amenities, granted, but that’s sort of the whole point of an island adventure, isn’t it? 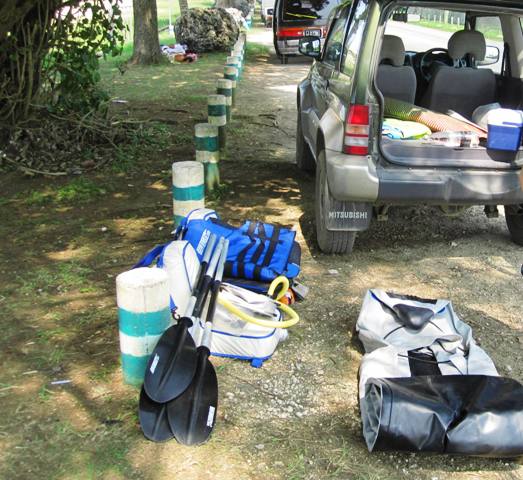 So, Sam and I decided to beat the Sunday blues this weekend by breaking out our nifty Sea Eagle kayak.  We stuck the parts in our little jeep-like-car, chugged over to the outdoor “swimming pool” and, as inconspicuously as possible, assembled our kayak for voyage.  It is a little awkward, though, because on Sundays, the good people of Nuku’alofa enjoy lying about under the trees, and when you’re inflating a giant kayak in the midst of nappers, one tends to feel a bit sheepish. 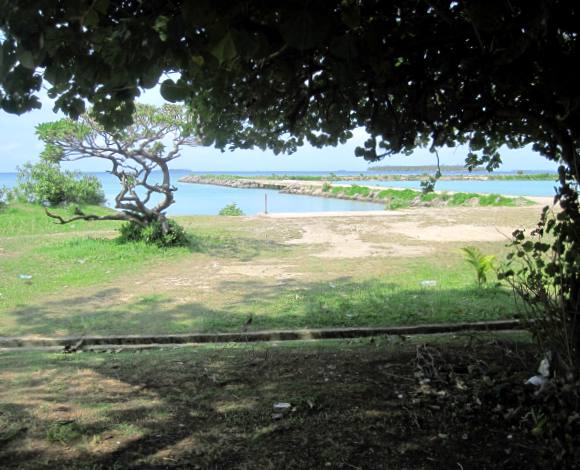 The benefit, however, far outweighs a few awkward moments. We pump up our kayak and get in the water. I climb into the front as a boy who’s splashing about swims over and holds the bow steady while Sam gets in the back. Mission accomplished, he cheerfully waives us off with the quintessential Tongan greeting: “Bye!” — which is used whether coming or going (kindof like “Aloha”, I guess).

It’s a slightly-less-than two mile journey to Manima, and along the way, we pass fishing traps and an assortment of abandoned vessels. 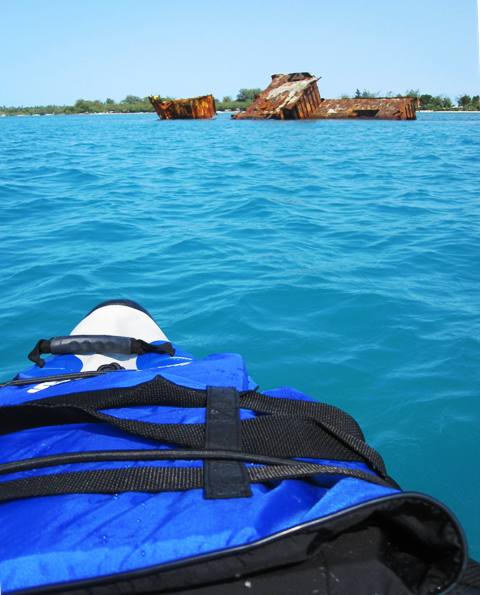 Tonga’s waters are full of these kinds of relics — mostly fishing vessels either commandeered by the government and left to rot in the water, or the occasional victim of a cyclone.  No matter the cause, the effect is usually the same, and these rusty giants spend out their lives with little for company but the passing of birds. 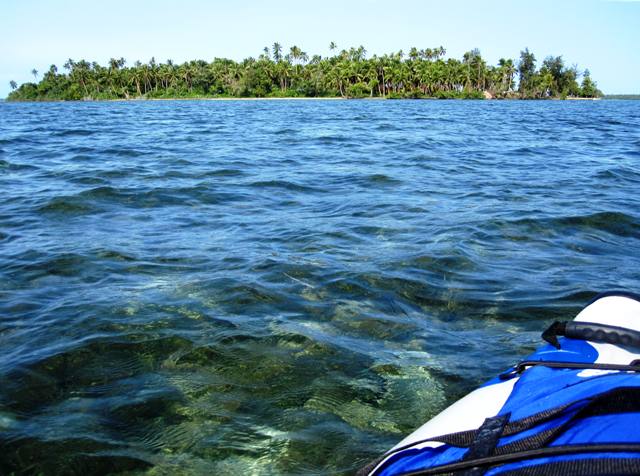 And then, we approach Manima Island, and from the look of things, I think it must be privately owned, as a single, abandoned house adorns the eastern point.  The rest of the island is full of palm trees, scrubby iron woods, beach heliotropes (I think) and not a soul to be seen. 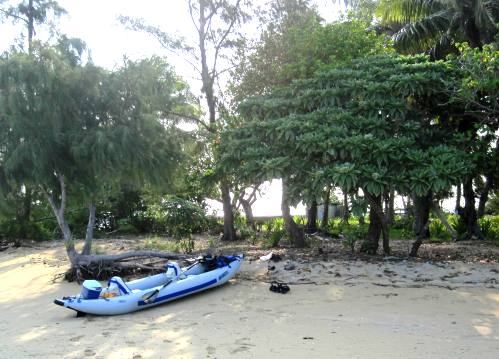 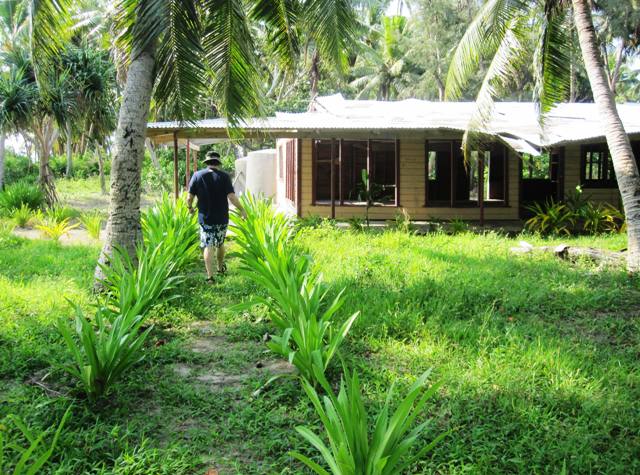 The best part of all?  The amazing sand bar that stretches from the northern side of the east tip, with warm, bath-like waters just deep enough to sit and enjoy the view.  Seagulls call in the distance.  The balmy breeze ripples every now and then over the crystal clear sea, and the low, lapping tide keeps time with the palm fronds rustling on the shore.    From here, it’s hard to believe that the town of Nuku’alofa is only two miles away. 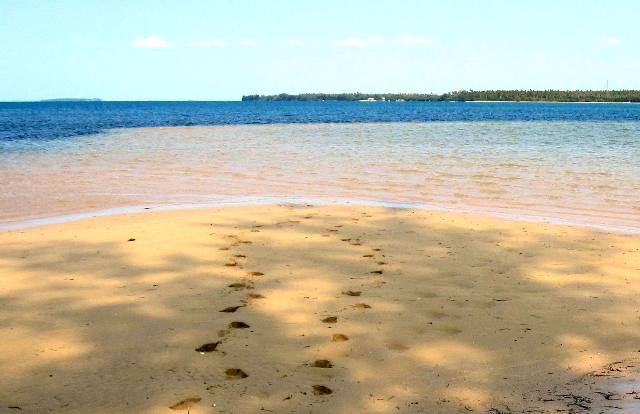 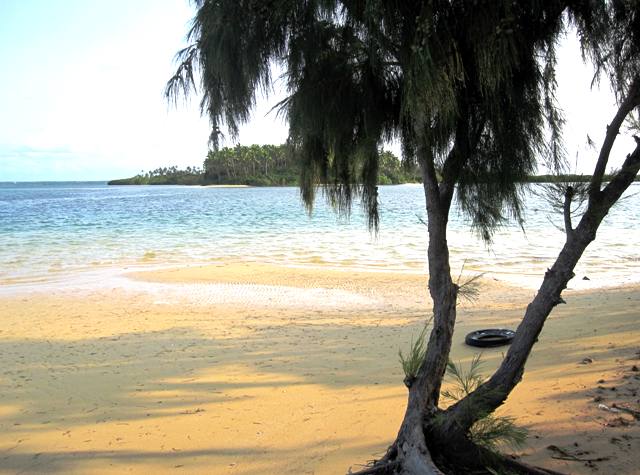 I suppose that’s the thing about Tonga.  It’s plodding pace can often frustrate to the point of diction that would make a sailor blush.  And at times, there’s nothing less appealing than the prospect of venturing into town for a tube of toothpaste that may or may not be found.  And don’t even get me started on the mind-numbingly slow traffic that somehow manages to remain a hazard to everyone involved.  But here’s the other side of the kingdom: velvet blue water … everywhere, air so clean your lungs won’t know what to do with it and sleepy, deserted islands a few paddles out of reach, just waiting for the uptight Palangi to finally see what life is all about. 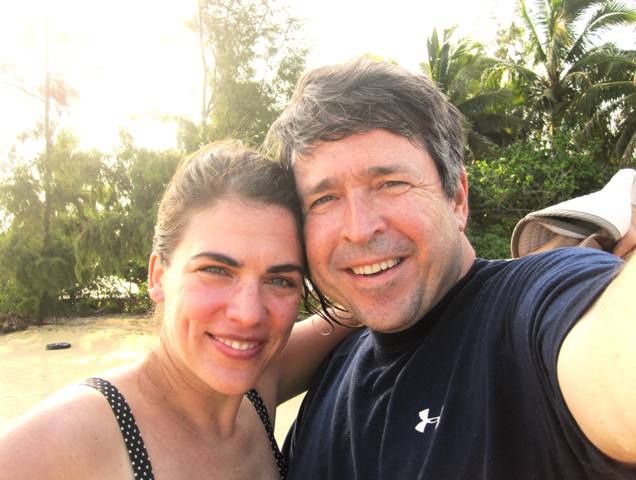 I think a trip to Tonga may be worth it, just for a day like this.

View Voyage to Manima Island in a larger map

One thought on “Sea Eagle Sunday Voyage to Manima Island”