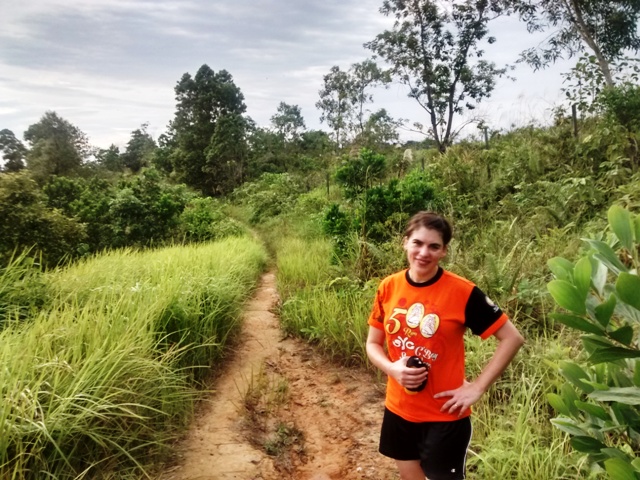 For the uninitiated, The Hash House Harriers (A/K/A “Hash”) is an international running group dating back to the late 1930’s when some rowdy British expats in Malaysia decided they needed a way to sweat off their hangovers.

Despite these beginnings (or perhaps, because of them), hashes are now going strong around the world, with over 2000 chapters spanning every continent (although it doesn’t appear that Antarctica’s is currently active). Today, there are hashes for every walk of life: family hashes, women’s hashes, men’s hashes, group hashes … you get the idea. And Balikpapan is a hasher’s paradise, with a hash going on somewhere in town at least three times a week!

What it is: The hash (commonly referred to as “On-on” in Indonesia), is typically a 5 or 10 kilometer route (depending on the hash group) marked by shredded bits of white paper sprinkled sporadically along the way through villages (“kampungs”), fields, jungle and bustling roads. You just show up at the starting place — which changes every week –, and then follow the paper! Running in most of the groups is optional; in fact, walking affords more opportunity to snap photos, laugh with the throngs of children who swarm around you for high-fives and “Hey-mister-what-is-your-name?” exchanges, and just stopping to enjoy the amazing views that you probably would never otherwise encounter if it were not for the awesome people who plan out these routes. At the end, you’ll find yourself back at the starting point where a truck full of cold drinks (including water and soft drinks), some tasty snacks and your fellow hashers await. In short, this is tons of fun! 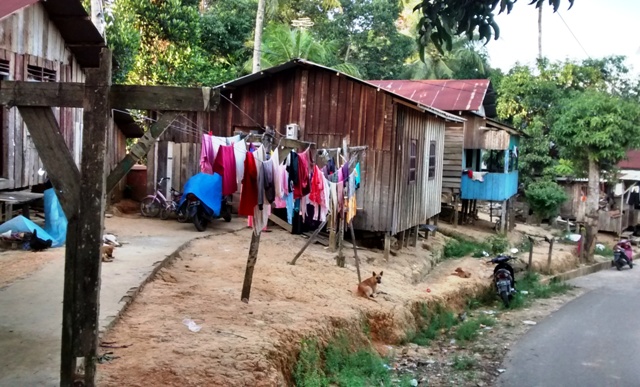 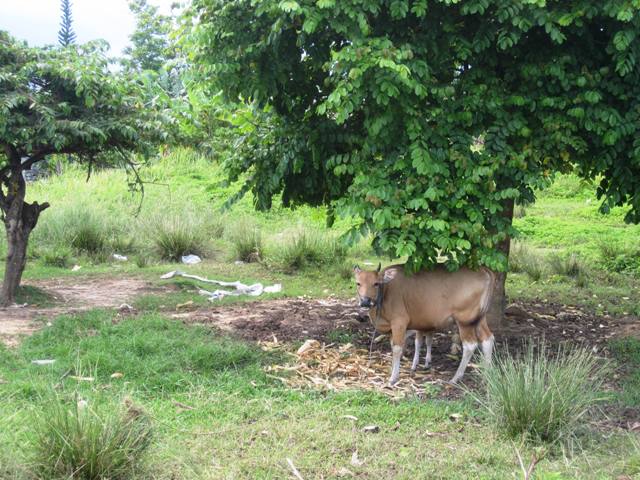 As noted above, the hash location changes every week, so make sure you contact the hash leader or someone who is going to find the right locale!

What it Costs: 20,000 Rupiah per person (a little under 2 USD), which includes the hash run entry fee and two soft drinks or one beer at the end of the run.

Hash contact Info: The community in Balikpapan can be a transient one, so hash leaders that are here today may not be here next month or next year. If you are new to town, Indohash.com lists contacts, emails, facebook pages, etc., for various hashes in Indonesia, including Balikpapan’s. I’m not sure how updated this site is, however. Two other great resources for up-to-date information include the Balikpapan International Women’s Association (“BIWA”) at b-iwa.com and Balikpapan Expats at www.balikpapanexpats.com. (UPDATE:  It appears that the three links in this paragraph no longer work.  I’m assuming this is do to the dramatic decrease in expats living in Balikpapan related to global economic changes.  I did find a link to a facebook page for the Balikpapan Hash that might be of some use perhaps.)

Want to find a Hash near you? http://www.hashhouseharriers.com/