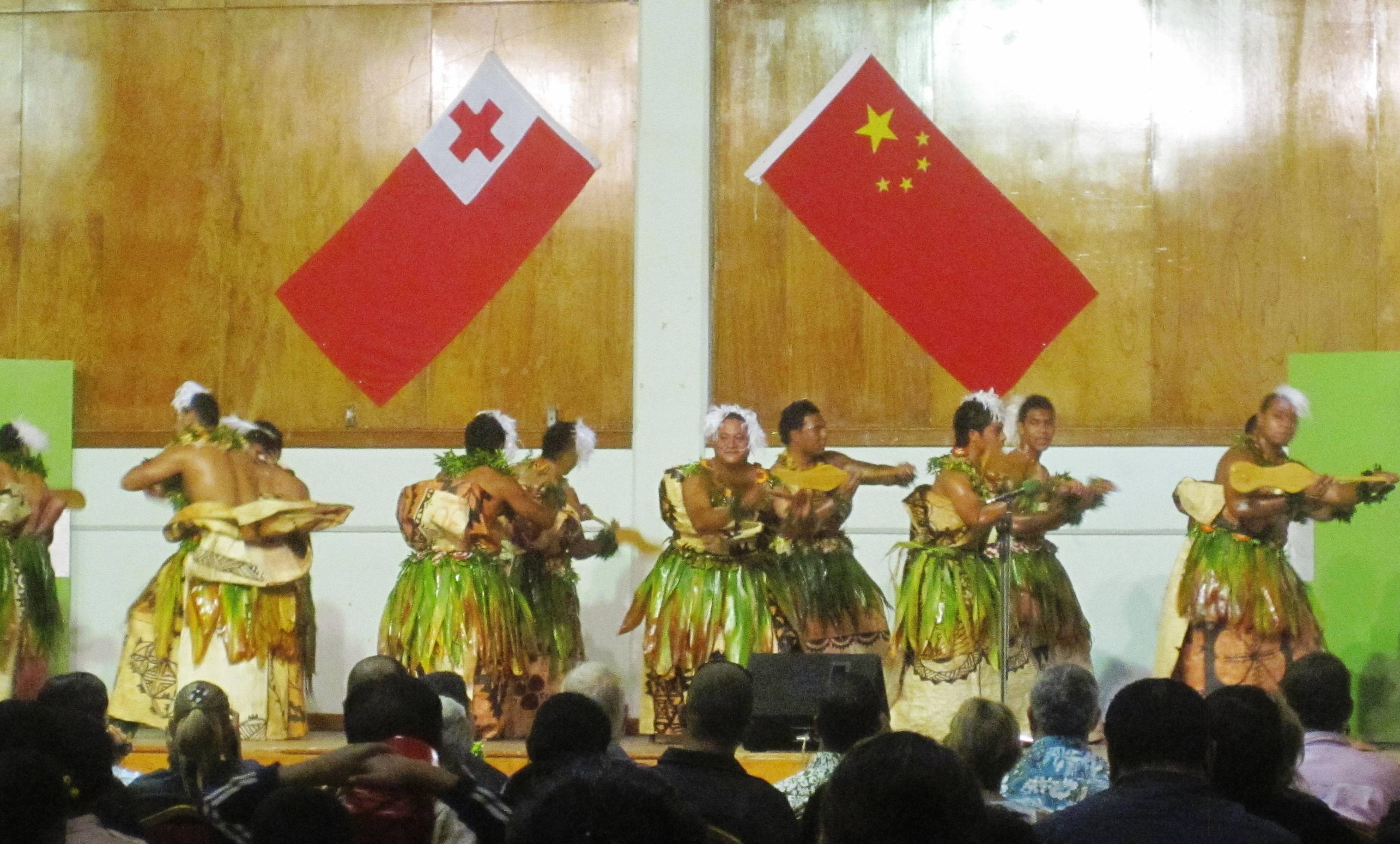 In late 2011, Sam and I were riding our bikes back from a birthday party at Good Samaritan Beach Resort on the far north-east side of Tongatapu.  It was early evening on a Saturday, and we’d spent the last hour pedaling  through plantations and small villages where men gathered in kava huts.  As we approached downtown Nuku’alofa, we heard perplexing sounds from the great Queen Salote Hall; the rhythmic beat of Tongan dance replaced with intricate strains of Chinese opera. Intrigued, we parked our bikes and popped into the hall to discover the stage set for the Tonga-Chinese cultural exchange.  A gorgeous Chinese ribbon-dancer was wrapping up her performance, and now, a troupe of well-oiled Tongan warriors filed their way to the stage.

We ended up staying for an hour, watching as Tongan and Chinese performers took turns displaying their cultural dances, songs and the like.  A Chinese “face changer” performed mask changes in bewildering rapid succession, followed by a group of maiden Tongan dancers dripping in coconut oil.  After this last performance, a “Technical Difficulty Intermission” was announced before the Chinese acrobats were permitted on stage.  The “difficulty”, as it turns out, was the coconut oil left on the stage from the dancers, and the “technician” was a young man with a towel, who scrambled over the stage on all fours, swishing up oil pools.

And if you had asked us as we watched the technician — probably just as entertained by his performance as by all the dancing — nothing would have seemed more improbable than the notion that, a year and half from that evening, we’d be headed for our own cultural exchange in China.

But as fate would have it, that is exactly what we are doing.  Specifically, Tianjin, China: the 3rd largest city (or 4th, depending on the source) in the Republic, about a 45-minute train ride southeast of Beijing!  We are are excited and nervous, of course, but it is sure to be an adventure.  So stay tuned as we begin our new life in the ancient land of forbidden cities and great walls and skyscrapers that disappear into the atmosphere.  Tonga Time will continue to post reviews and information on life in the Kingdom of Tonga, but now, we’ll also be adding reflections on life in the Middle Kingdom!