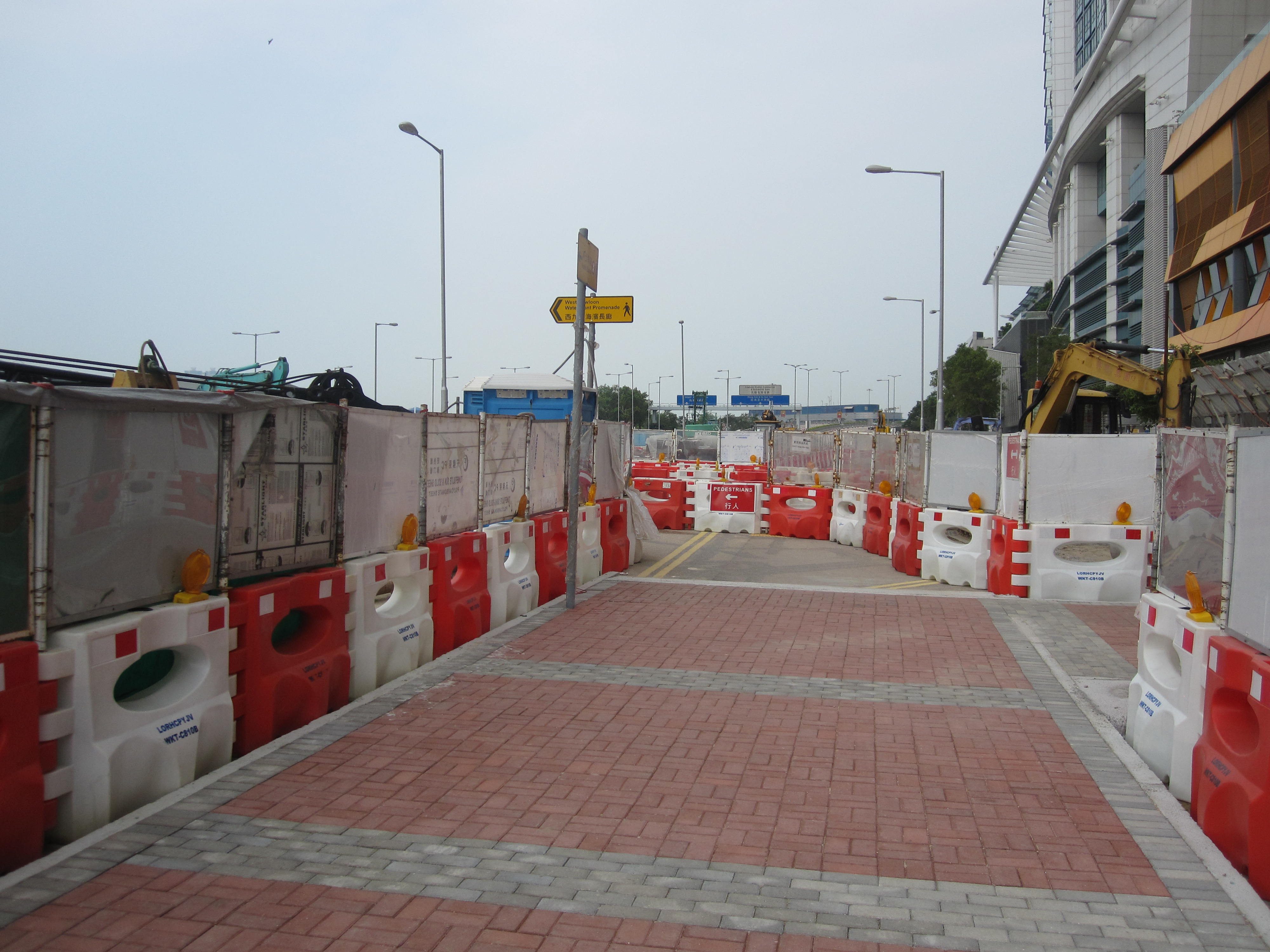 Last month, my husband had a layover in Kowloon, Hong Kong while en route to a business conference in Cambodia.  Siem Reap Cambodia, that is, the gateway to one of the places I’ve always wanted to visit: Angkor Wat!   What to do when faced with an adventure opportunity beyond the scope of one’s income?  Well, in my case, I saved up my paltry wages and cooked beans for a month until we could justify my coming along as his travel assistant.  One of the coolest things about my job?  I may not get paid as much as I used to, but my office is wherever my laptop wants to be.  And in my case, that tired, travel-weary thing definitely wanted to be in Cambodia.  No tears in my kava!

Our time in Siem Reap will be posted later, because today, I want to share the surprisingly fantastic time we had in Hong Kong, where we had layovers in both outgoing and incoming flights.
(View Airport Express from Airport to Kowloon in a larger map)

Okay, so on the way out to Cambodia, we had around a seven hour layover in HK.  Now, I’d been to Hong Kong lots of times as a kid growing up in Southeast Asia, but sadly, that was a looooong time ago.  I thought Hong Kong would be so different now I’d not recognize it, and during that first layover, everything we encountered validated that assumption.  The international airport itself is on a man-made island just off of Lantau Island (the island on the bottom left of this map), and it is an amazing, tangled and confusing thing, but we didn’t want to spend our entire time there, so we took the airport express train to Kowloon.

Helpful hints to travelers re baggage and train at Hong Kong Airport:

If you are purchasing a train ticket at the airport for two people, it may be cheaper to purchase them at the booth operated by humans rather than the electronic one.  We discovered we had a $20 HK discount per person when we purchased them from the man behind the counter!  Also, most airlines will let you check in your bags hours and hours ahead of time, so it is much easier (and cheaper) to avail one’s self of this if possible before paying for storage fees at the airport’s “Left Baggage” kiosk.  Hong Kong’s Public Transportation Website:  www.mtr.com.hk

The ride itself was pretty interesting as one gets alternate glimpses of bays and islands, urban sprawl and verdant, green hills.  Around twenty minutes after boarding our train, we arrived at the Airport Express Kowloon Station.We exited the train and stumbled into an enormous mall, more or less.  It even had an ice-skating rink!  Now, Sam is a veritable genius with directions, but even he had difficulty finding our way out.  This is the first thing we learned about the “new” Kowloon:  it is overwhelmingly in the constant process of development.  Malls connect to more malls to sky bridges to offices to what even appeared to be some kind of retirement center to more offices, so that a person has trouble knowing where one building ends and another begins, and it seems that most of the population spends its time in this strange, inside-city rather than on the streets themselves.  (These buildings, which are all multi-story to the extreme, even have maps to navigate around, but it is still bewildering!)

Within this inside-city, there are tons of windows and natural lighting options, along with a nicely controlled climate, so it is actually quite pleasant, but finding a door out has never been so difficult.  Very science fiction-y.  It probably didn’t help our sense of direction that we’d just been traveling for over twenty hours!  Perhaps equally bewildering but far more fortuitous, was the overall, genuine friendliness we experienced from every single person who had the misfortune of finding our map shoved under their nose.  One point for Hong Kong so far!

We finally found the passage leading to an outdoor exit, only to be faced with a labyrinth of road work extending as far as we could see, so that the entire landscape consisted of orange and white construction dividers and detour passenger signs; it was literally a maze.  We asked around again and slowly made our way down the enclosed walkways of Canton Rd until the construction eventually stopped and instead of being enclosed with orange and white street dividers, we were now enclosed by enormous malls that attached one to another.  Any and every designer name under the sun held court in glittering, glass and chrome buildings.

The closer we got to the waterfront, the more we began to see the old street life I remember: Chinese herbal shops selling all kinds of interesting, dried up shriveled things, food stalls everywhere, well-dressed, gregarious men pushing tailors and knock-off watches and outdoor markets with unsettling items like the picture to the right.   Where else in the world would you find this right by the telephone?  “Oh, that silly thing?  That’s just my goat head!”

We pushed on, and even though it was probably only in the lower 80’s, it was hot and muggy.  Sooty smog stuck to our skin and infused our hair.  Already, we knew it was going to be long, smelly flight to Cambodia!  We tooled around the streets for some time, overwhelmed by the buildings and traffic and noise.  After living a year and a half on a tiny island, it was about as opposite to what we were accustomed to as we could ever get!

We eventually decided to have lunch, and to our surprise, we found an assortment of Irish pubs in the area.  Now,  I know it sounds pretty lame to go to an Irish pub when a body finds themselves in Hong Kong, but remember: we’ve been on a teeny, tiny island for eighteen freaking months!  We don’t even have stop lights where we live, much less an Irish pub!  And Sam really, really, really wanted that rueben sandwich.  Sauerkraut!  Pastrami! Swiss Cheese!  Rye Bread!  You’d be amazed at how happy a rueben sandwich can make a person.  Plus, there was a college football game on a wide screen TV playing the whole time.  Top all of that with a glass of Guinness, and Sam had found Nirvana.

For better or for worse, that was probably the highlight of our Kowloon layover.  We never made it to the “Avenue of Stars” (whatever that is, I’m still not sure) on the waterfront promenade because, by the time we had actually stored our bags at the airport (our flight didn’t have the option to check our bags in early, so we had to pay for storage), arrived via train in Kowloon, stumbled through the “inside-city” until we found our way out, navigated through the construction maze until we reached the waterfront/central business Kowloon area and split our rueben and Guiness, we were already over five hours into our layover and it was about time to head back.

We left Kowloon a little disappointed, and actually a bit sad that we had scheduled a whole day in Hong Kong during our return trip.  That, as it turns out, was a great way to start our journey because we had no real expectations.