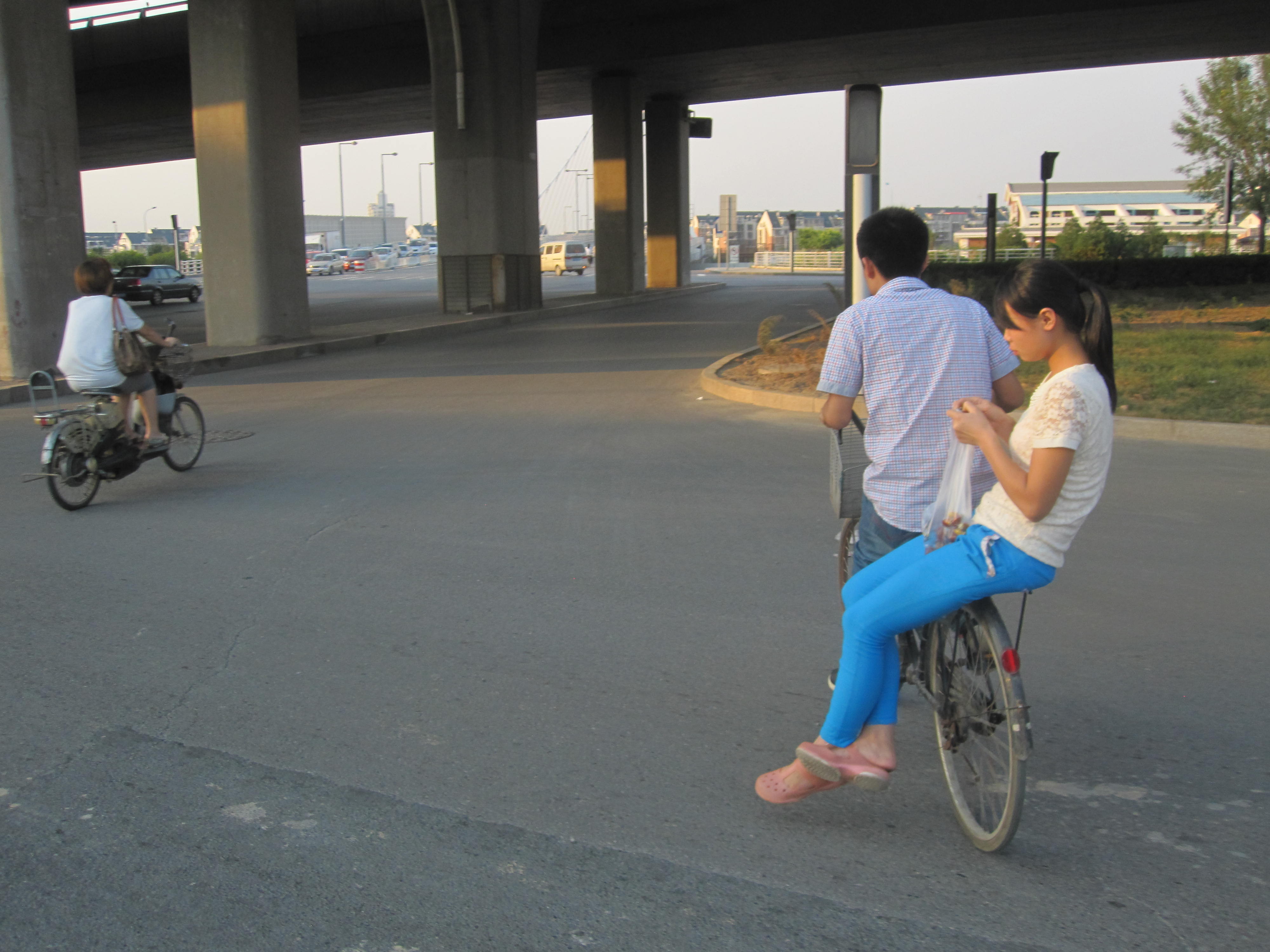 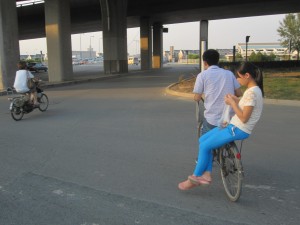 Tianjin may have a population of 13.5 million … MILLION! … but it hasn’t lost it’s old-school charm.  I have been told that, prior to 2000, only the very wealthy or very politically connected drove cars.  In a little over ten years’ time, this city has gone from a pedestrian-and-bicycling population to a massively automobile-congested metropolis.  But the thing about a 13-plus million population?  There are still a lot of people who rely upon bikes.

Presumably because of the super-charged growth rate of this city, most roads here retain some semblance of a bicycle lane.  Some major thoroughfares even have a sectioned-off portion of street just for pedestrians and bicycles.  Not that the traffic pays strict attention to this detail, but still, it certainly helps expand healthy commuting options.

And while most foreigners here rely upon private drivers or taxis, bicycling in Tianjin is, in my opinion, the best way to see what this town has to offer.  In a single ride, you can glide past canals, run over bridges, cycle beside the river, walk your bike through one of Tianjin’s ubiquitous fresh markets, stop to enjoy musicians, take in the local boats and fresh seafood, and even end your day at Tianjin’s swanky Italian-Style-Town, dining on pasta next to a brass statue of Marco Polo!

Here’s some helpful not-so-much rules of the road:

1.  Bicycles, scooters and electric carts all share the bicycle lane.  Gasoline engine motorcycles are not allowed within the city limits (theoretically anyway), so most non-car apparatuses you lay your eyes upon will either be an electric scooter that is accessorized any number of ways, or a bicycle.

2.  Bicycles are supposedly supposed to be registered with the police.  No one does.

3.  Should you decide to try your luck on an electric bicycle instead of the push-pedal kind (lazy bones), you will be happy to know that no license is required.  It is more or less considered the same as a  pedal bike!

4.  When crossing streets, following lights, etc., bicycles in Tianjin are more or less treated the same as pedestrians.  In fact, you often see bicycles riding the wrong way down streets, and it is generally accepted as the norm, just like it would be should you be walking down a sidewalk next to traffic going the other way.

5.  Bicycle theft is reportedly common, so a lock is always a good idea.

6.  Bicycle lights are usually not used here.  We have them, but the roads are fairly well lit in Tianjin anyway.

7.  Markets here are gushing with new bicycles.  So are many department stores.  New cycles range from $50 USD up to a few hundred.

8.  Buy local!  There are many imported bicycles here, and most westerners purchase these.  But if you buy Tianjin’s Flying Pigeon, you will receive awesome smiles of appreciation as well as having scored a pretty cool looking bike.  (The originals were modeled after the old Dutch and English cycles.  While the factory here isn’t exactly customer friendly for those wishing to simply buy one or two bikes, there is a Flying Pigeon shop on the north end of Binjang Dao (one of Tianjin’s famous shopping streets).  The guys here don’t speak any English, but they are super friendly and will nab a local student to help translate should you need it.

9.  Explore.  Tianjin is a great city to have a bicycle.  So many options!  And because bikes here are truly a part of everyday life, you will find it so much easier to stop and go as you please, push your bike through local markets, stop for a steamy bowl of noodles, etc.  For us, it is a fun, healthy and affordable way to spend an entire Saturday.

But don’t just take my word for it.  If you are in the area, grab a bike and check Tianjin out for yourself!

A VIEW FROM A BIKE RIDE: 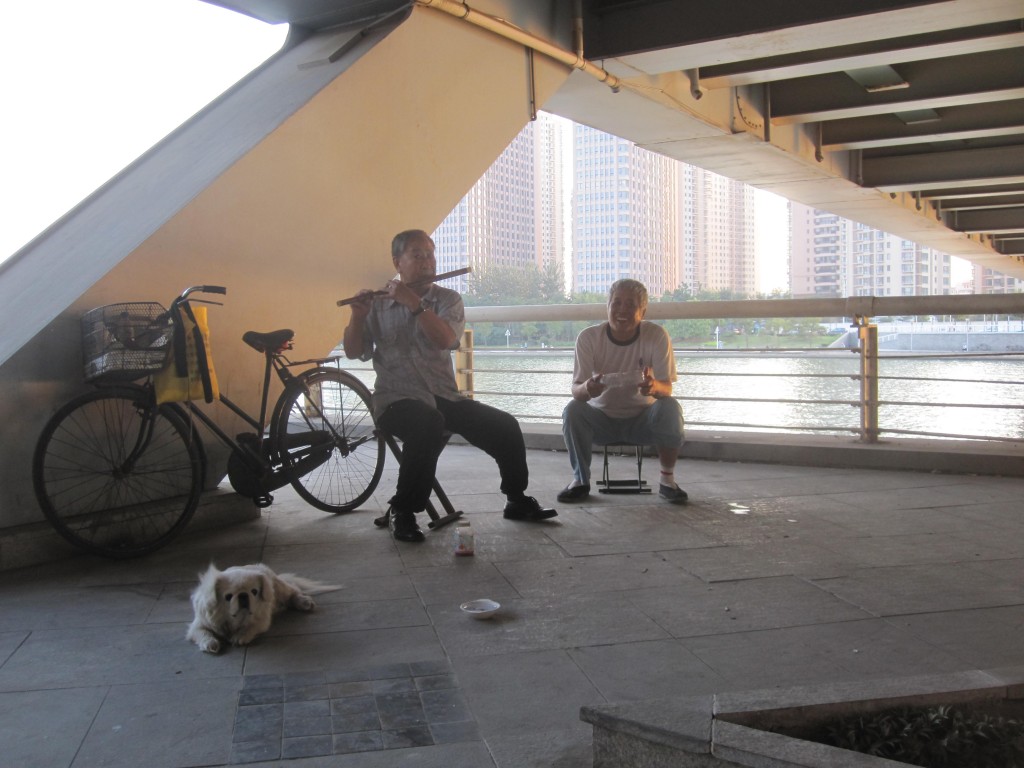 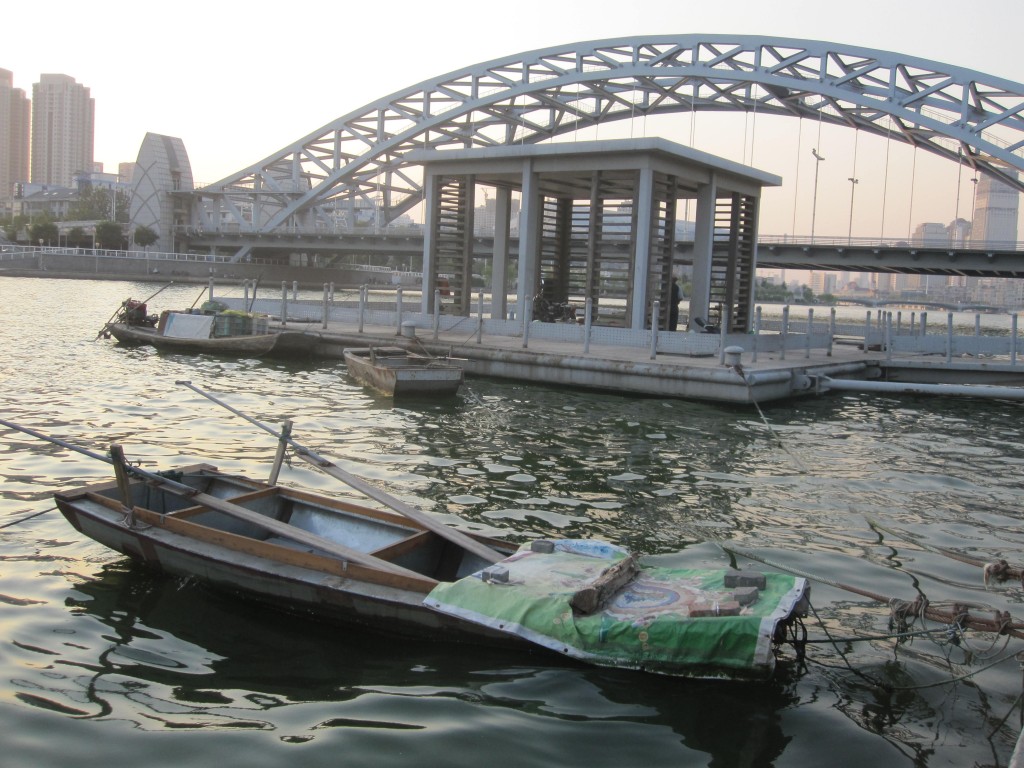 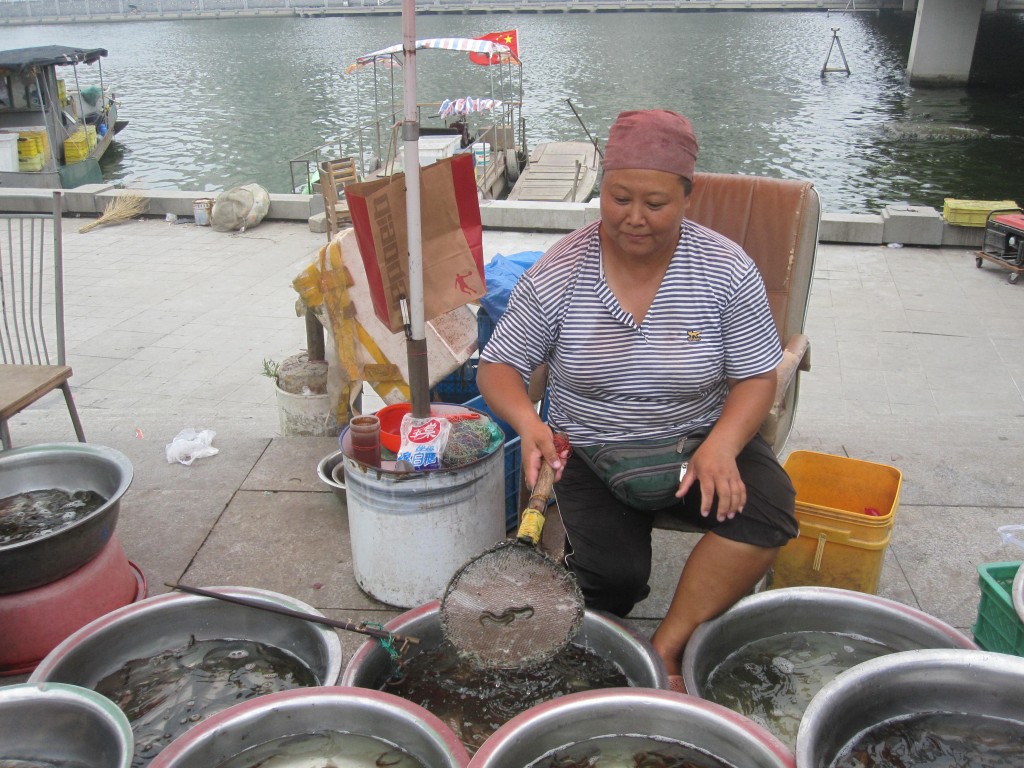 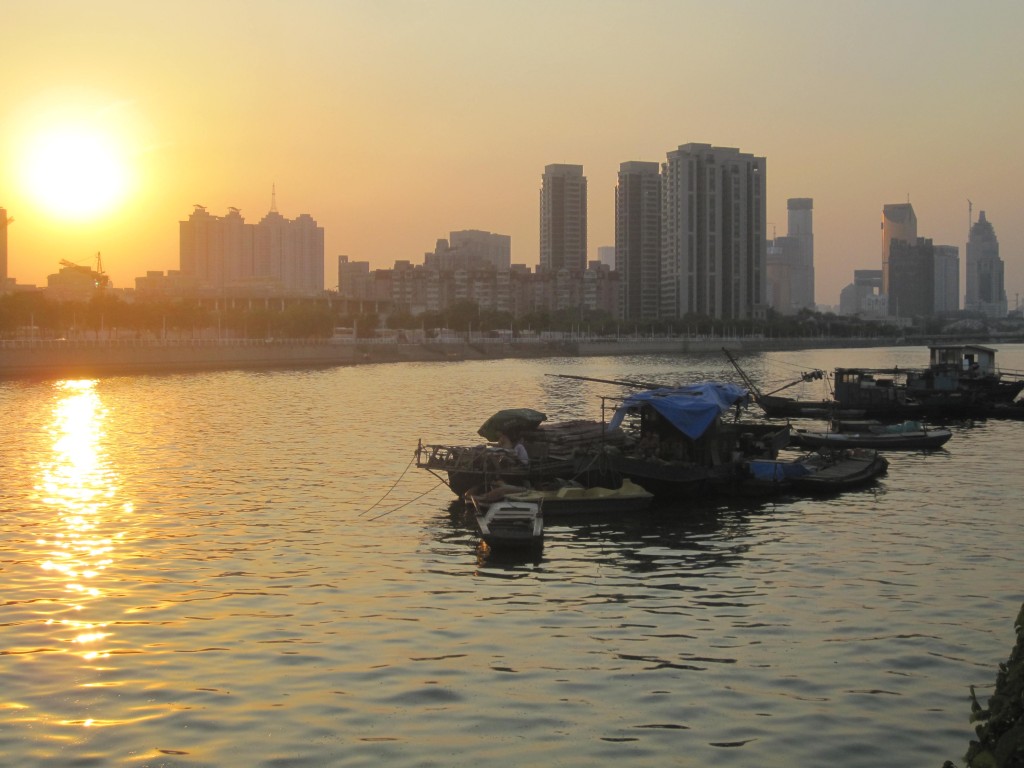 2 thoughts on “Bicycling in Tianjin”